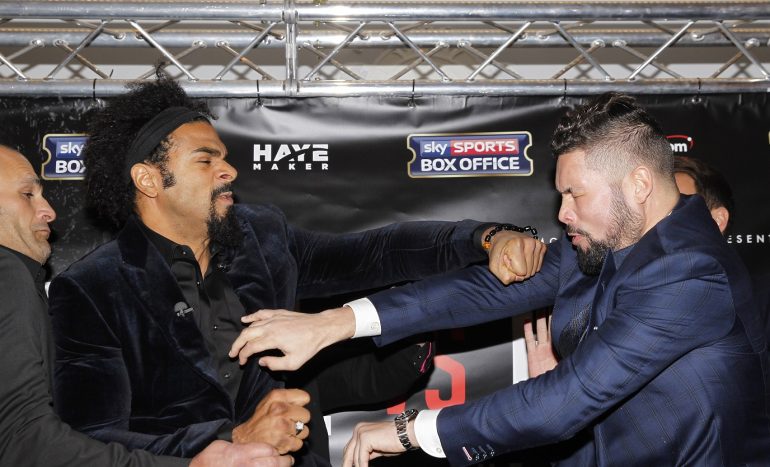 Former Golden Boy CEO Richard Schaefer has set his eyes on the expansive British boxing market, partnering with heavyweight David Haye to promote in the UK and in the U.S., starting with Haye’s clash with Tony Bellew on March 4 in London, it was announced on Friday.

Until now, Schaefer had made a nice splash with the signing of U.S. Olympian Carlos Balderas, as well as two other Olympians from Mexico and Lithuania, among others. But in aligning himself with a former heavyweight titleholder in Haye, Schaefer, who once promoted Floyd Mayeather Jr. and Oscar De La Hoya, is now working with one of the bigger names in the sport. They have dubbed their venture “Hayemaker Ringstar” after Haye’s Hayemaker promotions company and Schaefer’s newly formed Ringstar Sports.

“I’ve wanted to set up in the UK for a long time,” Schaefer said in a press release. “But it was important to partner with a team who knows the market. I couldn’t ask for a better partner than David.” The company plans to sign a television deal with a UK broadcaster to showcase their stable of boxers, which will include “current world champions and UK’s most exciting prospects,” they announced in a press release. Their goals are not inconsequential: They hope to become the leading promotional company in the UK, unseating the current forerunners.

“The promoters who have dominated the British scene until now have done a good job,” London’s Haye said in a prepared release. “But with Richard’s unrivalled track record coupled with my firsthand insight, understanding the needs of a fighter through the evolution of their career, Hayemaker Ringstar provides fighters with the perfect environment to maximize their potential, both in the ring and commercially. I have no doubt that Hayemaker Ringstar will become the UK’s leading promotional company.”

The first show on March 4 — Haye’s heavyweight scrap with Bellew — will be a co-promotion between their new company and Eddie Hearn’s Matchroom Boxing at London’s 02 Arena. The new company will also promote shows in the U.S., according to the release.