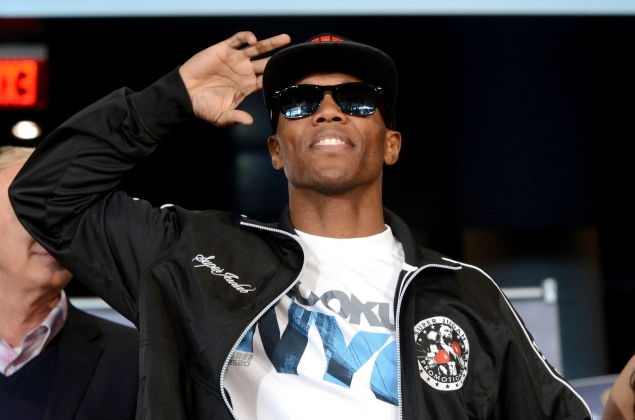 At age 39, Zab Judah is ready to return to the ring, over 20 years since he first turned pro, and a little over three years since his last fight.

Few have had more experience at crafting comebacks than Judah, a southpaw whose combination of speed, power and unpredictability has kept boxing fans interested in seeing whatever happens when he fights.

“In my career, from my first loss to Kostya Tszyu, people always said ‘oh he got knocked out by Kostya Tszyu that’s it, he’s never gonna be able to come back,’” Judah (42-9, 29 knockouts), a former junior welterweight and welterweight champion, said of his 2001 second-round technical knockout loss to Tszyu.

“But I came back four more times and won four more world titles.”

Judah will give the public a glimpse of how much he has left on Jan. 21 when he faces Honduran fighter Jorge Luis Munguia, a 28-year-old with a record of 13-7 (5 KOs) who last fought in December as a junior lightweight, at the Sun National Bank Center in Trenton, New Jersey. The fight will be fought at junior welterweight and streamed live on fubu-tv.com for a pay-per-view price of $15.99.

Judah is now working with trainer Fareed Samad and managed by Bill Halkias. The next show will be promoted by Boss Lady Promotions, a company handled by Judah’s mother and aunt.

The latest Judah comeback doesn’t come as a surprise. Judah, who now lives in Las Vegas, had been angling for a ring return since shortly after his decision loss to fellow Brooklynite Paulie Malignaggi in December of 2013, only to see four dates fall out due to a number of reasons, including a license suspension in March of 2016 for allegedly providing false licensing documents to the Nevada Commission, to a weigh-in scuffle with opponent Hevinson Herrera in September of 2015 which nixed the fight on the eve of the show.

Judah takes it all in stride.

“Four fights fell out; maybe three of them I didn’t understand why they fell out,” said Judah.

“I’m from Brownsville, Brooklyn, I’m a project kid, a welfare baby. That’s not saying anything to discredit what I’ve gained; I’m built with tough skin. There’s nothing they can throw at me.”

Judah, who reportedly served a month in jail last year for a probation violation, says he decided to move training camp from Las Vegas to Detroit to acclimate to the winter weather on the east coast.

Along the way Judah has been in the gym, most notably as one of the primary sparring partners for Floyd Mayweather Jr. when his ex-foe prepared for his 2015 fight against Manny Pacquiao. He says his body can still keep up with younger fighters.

“It’s amazing to me, at 39 years of age now, I can still go into the gym to spar with the young guys, the young undefeated guys, the guys they’re calling the next champions of the world,” he said. “I’m able to go in there and spar with these guys and do fantastic. I’m schooling guys, after the sparring session these guys want to sit down and ask me questions about some of the things I’ve taught them inside the ring during the sparring session.”

This comeback is different than previous ones. In addition to coming off his longest layoff yet, Judah has lost three of his last four fights and hasn’t been a champion in six years. A win against anyone would pop Judah’s name back on the radar in a young division eager for recognizable faces.

“The goal is a title shot for some time in the summer,” says Halkias. “Zab doesn’t have one specific name in mind, he has all of them. He specifically told me to get him a title shot against anyone with a belt. Zab has never been a man to pick and choose. He feels that he is the best at 140 so he doesn’t care who he fights.”

And what is his vision for when he’ll hang up his gloves for good?

“The vision I’ve got is not the same vision Bernard Hopkins got. I don’t got that vision. It’s clear to say that before 51 I’ll be out of that ring,” says Judah.

“When I go it’ll be on my own will. Not because somebody else said go,” said Judah.