Mairis Briedis: ‘I have changed people’s perception of boxing’ 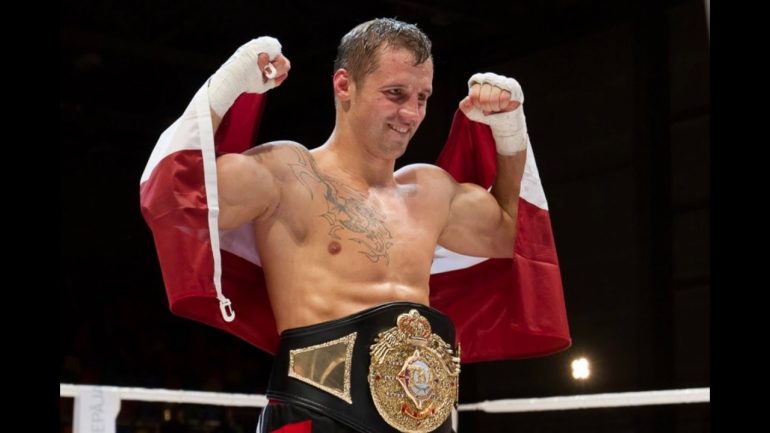 At the 54th annual WBC convention in Hollywood, Florida, last month, one of the key topics of discussion was the cruiserweight division.

Current WBC cruiserweight beltholder Tony Bellew announced recently that he’ll be stepping up to heavyweight to face bitter domestic rival David Haye at heavyweight, leaving his current status up in the air.

The Liverpudlian asked to be remain as champion and his request was granted with the proviso he next face the winner of No. 1-rated Mairis Briedis and No. 2 Marco Huck, who have been mandated to meet for an interim distinction.

“It’s a good chance for me; it’s two titles I think, (the marginally-regarded) IBO and WBC interim,” Briedis told RingTV.com from the Diplomat Hotel last Thursday. “This is a big show for maybe Germany people or, maybe, if it’s possible, it’s in Latvia. It would be the biggest fight in Latvian history.

“I need to train hard and do my best, like always. Huck is a dirty boxer. I always fight clean. We will see who will win – dirty or clean fighter.”

His adviser Al Siesta is also largely content with the outcome.

“I am happy, 85 percent,” said Siesta. “We thought there might be a possibility of Tony Bellew vacating the title and we would fight for the full-blown WBC championship but interim is pretty much as good because Tony will have to come back and fight the winner of this fight and if, for some reason, he doesn’t participate, the winner of this fight will automatically be upgraded to the full title. In terms of paydays, we’ve got Marco Huck, which is a great fight and Tony Bellew, which is another great fight.

“We’ve waited awhile but not too long, compared to other guys. Our wait started from May 2016. Here we are in December. I think that’s perfect. I’d like Mairis to showcase his talent because I think he’s a special fighter. He’s got everything, in my opinion, to be king of the division. I think he’s one of the best guys in boxing now, full-stop.”

According to Siesta, the working dates are either March 18 or April 1 on RTL. The latter is preferred date at the moment because Huck injured his right hand in his most recent bout and attended the convention with his hand in a cast.

Each man is familiar with the other, having sparred back in 2009. On that occasion, the Latvian got the better of things but is well aware it was in the midst of sparring and several years have passed since.

Since both men met, each fighter has improved immeasurably. Huck was a long-reigning WBO titlist, while Briedis made his bones in the pros, though largely remained unknown as Siesta was keen to mention.

“No one knew him but he was known (under the radar) as a sparring killer,” enthused Siesta. “He’s sparred with (former THE RING/IBF/WBA world heavyweight champion Wladimir) Klitschko, (former IBF/WBA/WBO light heavyweight titlist Sergey) Kovalev, Huck, (former WBC cruiserweight titlist Krzysztof) Włodarczyk. Everyone knows how good Mairis is. He was like an underground threat that nobody wanted to know about.”

The Eastern European is extremely popular in Latvia but remains very humble and, for the past nine years, has worked a day job as a policeman. His country isn’t known for boxing but, with each victory, his status has grown and he’s been able change the local opinion on the sport.

Even if he were to become a world champion, he is unsure if he would quit his day job.

“I don’t know. Being a policeman is not a line of income for me,” said the 31-year-old. “I want to be a policeman. I want the status. I am a public figure. I am a role model. When I start in the police, everybody thought boxing was a bad sport, mafia, gangsters. Now I have changed people’s perception of boxing.”

If Briedis were to beat Huck, in what looks a 50/50 fight, his standing would grow even further as his country’s first world titlist.