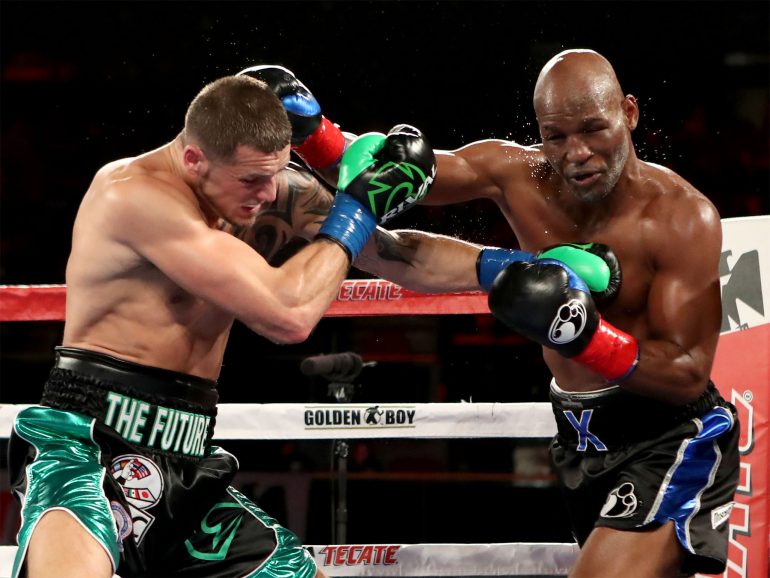 INGLEWOOD, Calif. – Joe Smith Jr. defeated Bernard Hopkins by an eighth-round technical knockout when Hopkins was punched through the ropes and couldn’t continue in his farewell fight Saturday at the Forum.

Smith (23-1, 19 knockouts) seemed to be winning the fight before the bizarre ending, as he was the busier fighter and landed more solid punches than his 51-year-old opponent.

Hopkins (55-8-2, 32 KOs) did a pretty good job of bobbing and holding to avoid the majority of Smith’s shots and had some good moments but the old man didn’t do enough to win rounds.

The end came when Smith hurt Hopkins with a right and then followed with a series of hard punches, the last of which put Hopkins through the ropes and onto the floor.

As per the rules, the fighter has 20 seconds to get back into the ring. Hopkins couldn’t do that, which gave Smith the TKO victory.

Hopkins had never been knocked out in his 28-year career.