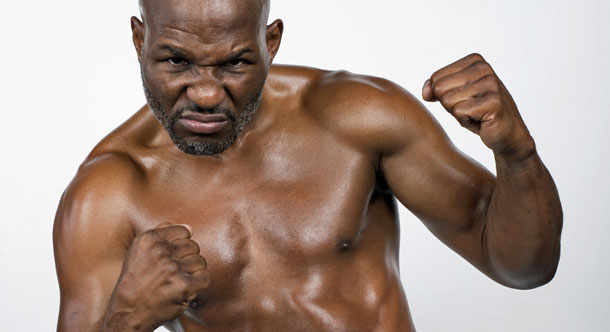 This story appears in the March 2017 issue of THE RING Magazine, which will be on newsstands on December 27. The digital edition of the magazine is available now. To order specific issues or subscribe to THE RING (print and digital), go here.

I knew I was in trouble this month when I was asked if I could think about my five greatest victories. A question like that tells you that your time is running out. But people have been saying that about me for the last 20 years – and I still keep on going. But in all honesty, this is it. My last fight will be on Saturday. I’m done, through, no more.

I can gladly look back at my career and tell you what five fights that I’m most proud of, which I’ll present in descending order:

5. D 12 Segundo Mercado, Dec. 17, 1994. This is the fight that told me I can fight at a world-class, championship level. This fight is the base of my foundation. It’s what broke the ice for me. I fought at some place called the Ruminahui Coliseum in Quito, Ecuador, and I thought I rallied to win after I got knocked down twice in that fight. Anyone who knows me knows I don’t trust anything, and Ecuador certainly wasn’t a good place to be in at that time. It wasn’t exactly a place to go for a vacation. We’re talking about a third-world country. I’ve been to Camden, New Jersey, but compared to Ecuador, Camden was like the Society Hill section of Philadelphia. I worry about everything. I’ve seen a lot of bad water, because remember, I did five years in prison. They had deep blue water coming out of the spigots down there. I don’t know what kind of water it was, but they drank it like it was nothing. I only wanted to be treated fairly. I wasn’t (treated fairly) down there, and I still came home with a draw.

4. W 12 Kelly Pavlik, Oct. 18, 2008. I ended a lot of people’s careers after they faced me, and I think beating Pavlik the way I did changed his career. He beat Jermain Taylor twice, and I had something to prove. Taylor beat me, but he really didn’t beat me. Politics took the first Jermain Taylor fight from me. The get-back is Kelly Pavlik squashes Taylor, kills him. Then they put Kelly Pavlik in with me. It’s not about styles make fights. I can’t let anyone sneak out of the back door with that theory. Not about me. The Pavlik fight was a payback and that exposed the whole Jermain Taylor thing. That set up Pavlik to be ruined, and it killed me to make 160 by the time I fought Taylor. I fought Pavlik at 170 and people got to see what I could really do. I redeemed myself in the Pavlik fight.

3. W 12 Antonio Tarver, June 10, 2006. I had historic fights in the light heavyweight division, which I think puts me in the conversation of all-time light heavyweight greats. I’m not saying that I’m one of the greatest light heavyweights ever, but I feel I belong in there because I beat guys like Tarver. I had no chance, remember, I was through. I was coming off the back-to-back losses to Taylor, and if I remember right, he beat Roy Jones twice and (had) a rematch victory over Glen Johnson. I wasn’t supposed to be anything for Tarver. He ran around crying saying someone did something to his water. I beat him. He gained that weight for the Rocky movie, and then thought he’d add my name to his resume. Look what happened to him since that fight, and look what happened to me. Tarver has a big mouth. I shut him up.

2. KO 12 Felix Trinidad, Sept. 29, 2001. Everyone thinks this is my No. 1 fight. It’s rare when you set out to do something and do it better than you even planned it out. That’s what happened here. This fight I like to call the door opener. Trinidad had been knocking everyone out. People thought this guy was indestructible. I broke him down piece by piece. No one thought I could do it. People could go back and watch that historic night at Madison Square Garden. I even get a little choked up when you think of two men, myself and Tito, who fought under enormous stress. Someone had to deliver out of the two of us, but look at the performance. I was fighting for the ultimate respect that I never got before in my career but always felt that I deserved. To me, I was fighting for everything. That opened up other big fights for me. Oscar De La Hoya wanted to fight me because I beat Tito.

1. KO 9 Oscar De La Hoya, Sept. 18, 2004. This is the win that made me a superstar. Boxing fans knew who I was, but this fight made the sports world notice me. It made me one of the top pound-for-pound fighters in the world. It took me over the top, where I always felt I should be. You can say beating Oscar the way I did enlightened a lot of people as to who I am. No one ever beat Oscar that way. Everyone thought that I was ripe for the picking. I was in a bunch of decision wins before Oscar and people thought I couldn’t hurt anyone. I did. Beating Oscar forced people to give me my respect and recognize me as one of the world’s best. Fans had to finally give me credit.