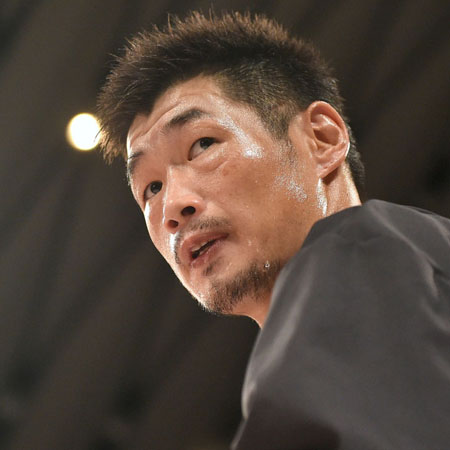 Hozumi Hasegawa, who resurrected his career after capturing the WBC junior featherweight title earlier this year, has decided to go out on top.

The Japanese three-division champion announced his retirement, according to Japanese media, ending his career just a few weeks shy of his 36th birthday. Hasegawa had been a pro since 1999, winning the WBC bantamweight, junior featherweight and featherweight titles along the way.

“I’ve always imagined hanging up my gloves as the world champion. It’s like with eating, you have to stop when you are not quite full, Hasegawa (36-5, 16 knockouts) was quoted Friday by Japan Times at a press conference in his hometown of Kobe, Japan.

“I’ve got no reason to fight on. I made the decision thinking this might be the best time to do so. I can still get up physically [to fight], but mentally it’s been getting difficult.”

Hasegawa won his first world title at 118 pounds in 2005, ending the long reign of Veeraphol Sahaprom with a unanimous decision win. He kept the title for five years, making 10 title defenses (including a knockout of Sahaprom in a rematch) before losing the belt to Fernando Montiel in 2010.

“The match I became world champion for the first time was really a high point as it was when the dream came true,” said Hasegawa.

Hasegawa moved up two divisions in his next fight, decisioning Juan Carlos Burgos to win the WBC featherweight title, but lost it in his first defense when he was stopped in the fourth round by Jhonny Gonzalez.

The next few years were spent seeking a return to the world title picture, typically in special-attraction undercard fights. A shot at the IBF 122-pound title held by Kiko Martinez in 2014 ended with Hasegawa being stopped in seven rounds. He won two more fights before getting a shot at Hugo Ruiz and the WBC junior featherweight title in September.

In a manner befitting Hasegawa’s reputation as an all-out brawler, Ruiz had Hasegawa out on his feet midway through the ninth round after landing a solid uppercut to the chin. Hasegawa recovered, landing several counters along the ropes. The bloodied Ruiz didn’t answer the bell for the next round.

“Every bout left its mark on me and there’s none that I’ve forgotten,” said Hasegawa.

“I’m proud. I’ve had a career that couldn’t have been any better. Now, I’d like to find a new stage on which I can fight.”

Hasegawa walks away as the current No. 7 ranked fighter at 122 pounds by THE RING.