Crawford would go to 137 for Lomachenko for right money 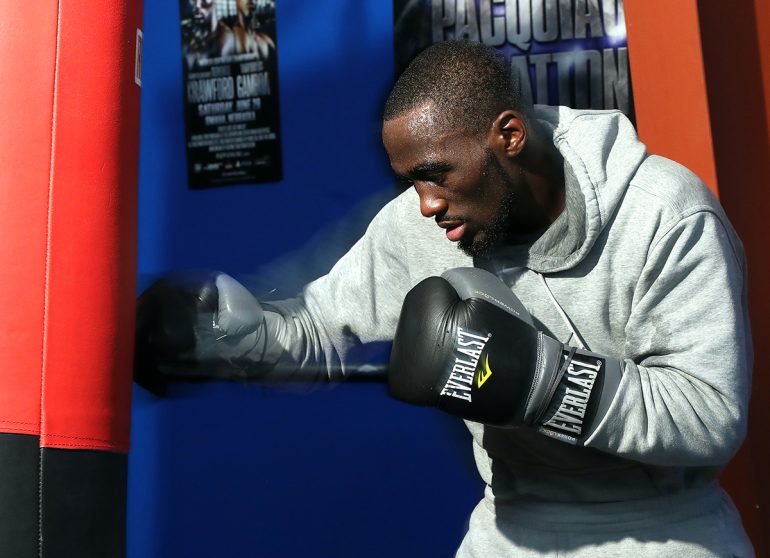 In his search for quality opponents, Terence Crawford says he won’t fight below 140 pounds against anyone, including Vasyl Lomachenko, the supremely talented two-division champion.

But Crawford trainer and co-manager Brian McIntyre provided a sliver of hope a fight could one day happen with Lomachenko, suggesting a catch-weight of 137 pounds for the two fighters — if vast amounts of money are tossed their way.

Promoter Bob Arum, who turned 85 on Thursday, has previously mentioned the possibility of pairing Crawford and Lomachenko, who just made Nicholas Walters quit after the seventh round on Nov. 26 in a junior lightweight title defense. Though McIntyre has little confidence the fight would happen, he did at the very least submit a starting point for discussions with a catch-weight of 137 pounds; Crawford is No. 5 and Lomachenko No. 6 in THE RING’S pound-for-pound list. A 137-pound cutoff would involve Lomachenko rising seven pounds and Crawford dropping three to make it happen.

Arum has had trouble finding big-name opponents for Crawford. Manny Pacquiao apparently wants no part of him, as evidenced by his choice to face Jessie Vargas on Nov. 5 instead of Crawford. That leaves Arum to work with Al Haymon and his stable of talented welterweights to give Crawford the type of significant fight he covets. Crawford has what amounts to a stay-busy fight against John Molina Jr. on Saturday on HBO at CenturyLink Center in his hometown of Omaha, Nebraska for his RING/WBC/WBO 140-pound titles.

“As long as we got a good opponent and then Terence doesn’t have to carry that pay-per-view by himself like he did last time,” McIntyre said. “As long as it’s the right opponent and he can bring something to the table then let’s go to pay-per-view and try it again because you start small and then continue to build your brand, continue to get new fans, overseas fans. A lot of people didn’t know who Postol was.”