Ali retroactively named Fighter of the Year for 1966 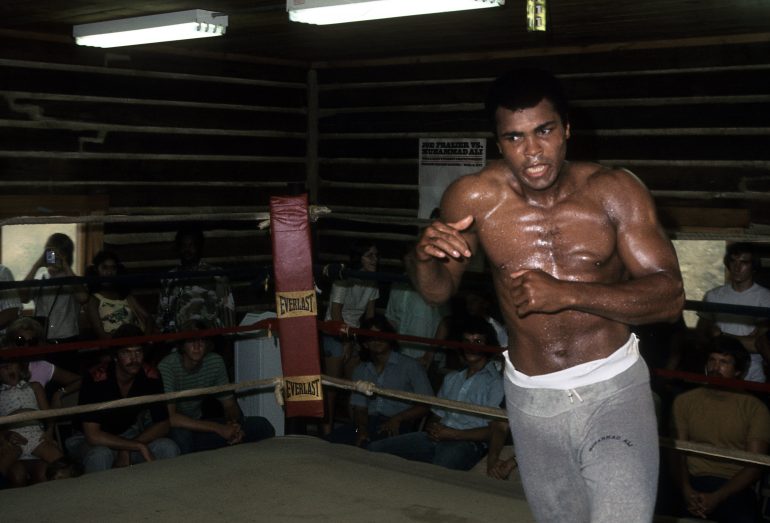 Photo from The Ring archive
08
Dec
by Michael Rosenthal

Muhammad Ali was the best fighter of 1966, as he went 5-0 (with four knockouts) in defense of his heavyweight title. That included a third-round KO of Cleveland Williams, when Ali might’ve been at his very best.

The editors of THE RING Magazine at the time acknowledged Ali’s preeminence that year, stating clearly that no one could touch him.

However, they made an unusual decision when it came time to name the magazine’s annual Fighter of the Year: They announced that Ali would be denied the award because of his refusal to be inducted into the U.S. Army and his association with the Nation of Islam.

No one would receive the award for only the second time. Primo Carnera, the top fighter in 1933, was denied the honor because of his alleged connections to the mob.

The editors tried to justify their decision to deny Ali the award in the March 1967 issue of the magazine, in which Dan Daniel wrote that Fighters of the Year must be good citizens – based on the magazine’s standards – as well as good boxers.

They said in part that Ali was disqualified because “the Fighter of the Year must be recognized as an example to the Growing American Boy”.

Ali was vindicated in 1971, when the U.S. Supreme Court upheld his conscientious objector status by a vote of 8-0, but the editors of the magazine never revisited the 1966 Fighter of the Year – until now.

The current editors, after considerable discussion, decided to right what we believed to be a wrong. We decided to name Ali Fighter of the Year for 1966 retroactively.

“The editors at that time obviously felt strongly that Ali, while succeeding in the ring, didn’t meet other criteria they deemed important,” said current Editor-in-Chief Michael Rosenthal. “But we can see the injustice by today’s standards even if we take issue with some of things Ali said and did.

“Bottom line: He was punished for standing up for his beliefs and his association with a controversial organization, factors that almost certainly wouldn’t preclude a worthy candidate from winning a similar award today.”

One friend and former rival of Ali didn’t have to think long when he was asked what he thought of our decision.

“Give it to him,” Larry Holmes said. “He was the best, wasn’t he? You’re (giving him the award) because he was the best at what he did.

“This has nothing to do with Vietnam, this is boxing. He was the best. You’re rewarding him and giving him credit for that.” 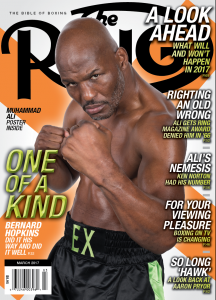 Struggling to locate a copy of RING magazine? Try here