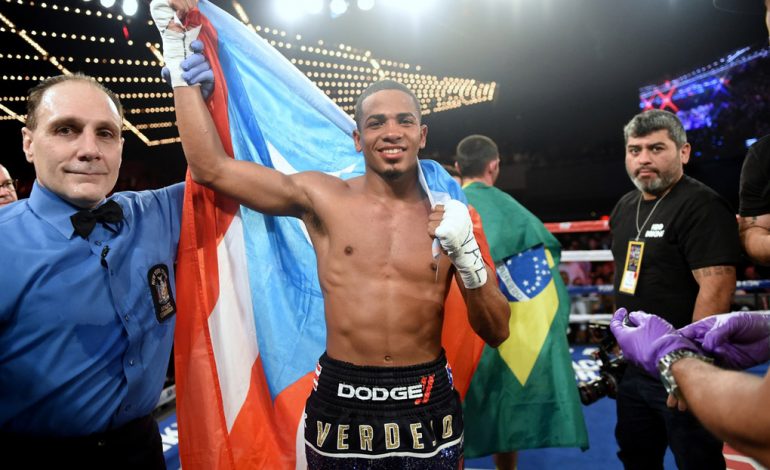 Felix Verdejo announced his return to the ring on Feb. 3 in his native Puerto Rico after he was sidelined with injuries in a motorcycle accident in August.

“Thanks to God I have recovered 100%,” Verdejo wrote on social media on Tuesday. “And I’m happy to announce that I will return to the ringon Feb. 3 in PR. Let’s go Boricua!”

No opponent was mentioned. Verdejo (22-0, 15 knockouts) is still the WBO mandatory to face lightweight titleholder Terry Flanagan. Verdejo was close to finalizing a deal to face Flanagan on the undercard of Manny Pacquiao-Jessie Vargas on Nov. 5 in Las Vegas before the accident put him on the sideline for the rest of the year. Verdejo crashed his motocross bike on Aug. 7 in Puerto Rico, spending six days in the hospital for minor lacerations. He last fought on June 11 at Madison Square Garden, stopping Juan Jose Martinez in the fifth round.