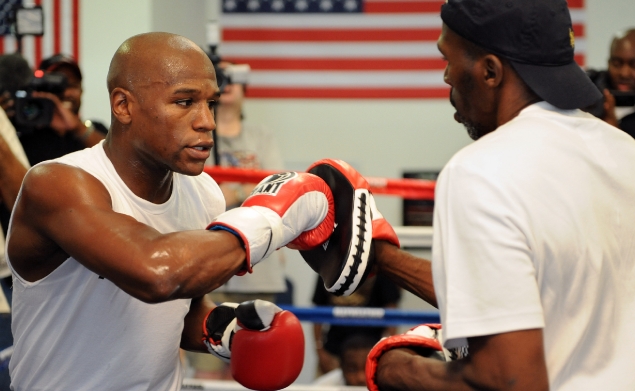 Conor McGregor may have obtained a boxing license from the California State Athletic Commission on Wednesday, which only involves plucking down $60 and filling out paperwork.

But Andy Foster, executive officer of the California commission poured cold water on the idea of a match-up between the flamboyant UFC champion and former five-division titleholder Floyd Mayweather Jr. in McGregor’s boxing debut. Foster couldn’t in good conscience sign off on that match, given McGregor’s inexperience as a boxer.

“I wouldn’t,” Foster told RingTV.com on Thursday on whether he would allow McGregor to face Mayweather in his first boxing match. “Because I would have to see where he’s at. I’m not saying that fight couldn’t be licensed in the future but I would need to see — and I think the world would need to see — where Mr. McGregor’s skills are at in boxing.” Added Foster, “He’s no Lomachenko,” a reference to the incredibly talented Vasyl Lomachenko, who fought for a title in just his second pro fight.

Foster suggested a different caliber of opposition to get McGregor’s feet yet. And while he didn’t mention any names, Foster seemed to hint of someone of a different ilk. Perhaps a veteran with plenty of miles on the odometer. McGregor versus Steve Upsher Chambers anyone?

“He could certainly get on a fight card,” Foster said. “Then the thing is, who does he fight? We got to remember — he may be the UFC champion but he’s a debut boxer. He’s way too experienced (to fight another debut fighter). I don’t think you should fight the top, high, high level of the sport in his first get-go (either). But I do think he has to fight on a high level if he boxes. But I consider Mayweather the highest level of boxer.”

Foster prefaced his statements by questioning if McGregor is contractually obligated to fight only for the UFC, which is also licensed to promote in California, and would be allowed to take part in a boxing contest. “We’re going to make sure that he is contractually able to box before he boxes,” he said. “And then he’s going to have to have a promoter, which I don’t think that’s going to be difficult to find because he’s very well-known.”