Stiverne fails drug test but fight with Povetkin still on 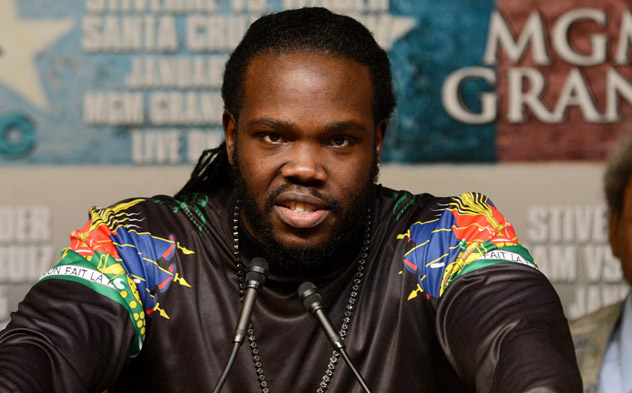 Bermane Stiverne failed a drug test ahead of his WBC title eliminator with Alexander Povetkin on Dec. 17, the WBC announced on Monday.

But much as it did with Povetkin in his own doping troubles, the WBC has adopted a lenient, boxer-friendly approach and won’t suspend Stiverne, keeping the much-criticized eliminator with Povetkin on schedule, the WBC said in a statement. Stiverne will be fined $75,000 and put on a more rigorous drug-testing program, a veritable slap-on-the-wrist to keep a fight alive involving two fighters who have failed drug tests this year.

The WBC Board of Governors decided not to suspend Stiverne since they didn’t think Stiverne took it to get an edge in his bout with Povetkin and because it was apparently the first time he had failed a drug test. “There is no evidence that Stiverne intentionally or even knowingly, ingested a banned substance with the purpose of enhancing his performance in any fashion,” the WBC said after conducting an investigation.

The WBC will allow the fight with Povetkin to continue, it said, as long as Stiverne submits himself to a “specific testing protocol” designed by VADA, which Stiverne will have to foot the bill for, the WBC said. If he fails another test, Stiverne will be suspended and won’t be allowed to face Povetkin, the WBC said.

According to the WBC, Stiverne informed officials that he took a dietary supplement called SUPERPHARM in front of a WBC sample collector in order to “facilitate urination.” Stiverne also admitted to taking it “twice” because the “supplement staff at EOS Gym in Henderson, Nevada recommended it to him,” the WBC said in its statement.

“He was looking for a product that would help him with post-work out fatigue,” the WBC said. “He now realizes that he was very naïve by following a store’s recommendation of an off-the-shelf supplement while being ignorant of its contents,” the WBC remarked after Stiverne expressed remorse.

The WBC also took a soft approach with Povetkin after he tested positive for Meldonium before his WBC title fight with Deontay Wilder in May. Citing low levels of the pharmaceutical, instead of suspending him, the WBC ordered Povetkin and Stiverne to fight for an interim championship for the right to face Wilder.