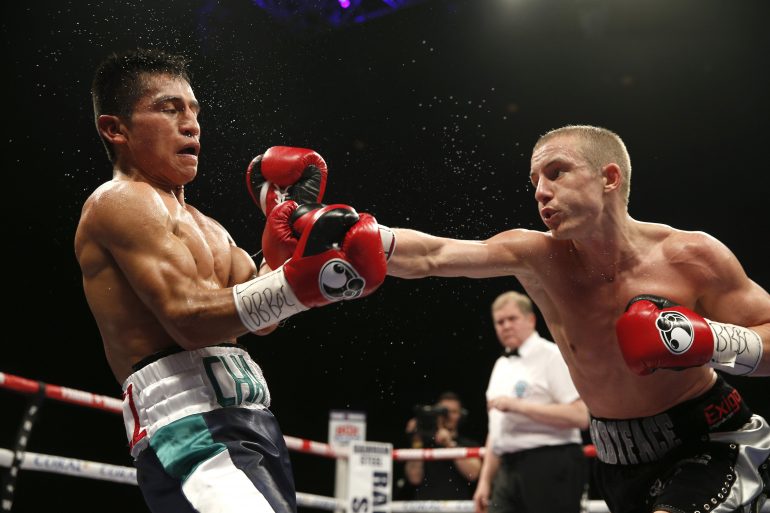 Butler (22-1, 12 KOs) had moved down to junior bantamweight but is back at 118 pounds after teaming up with Ring Magazine Trainer of the Year Joe Gallagher. Last month, the talented boxer-puncher easily outclassed Mexican Victor Ruiz over 10 rounds.

“I’m buzzing to get back in the ring and put in another top performance and push on towards a second world title at bantamweight,” said Butler. “I believe all of the bantamweight world title holders are there for the beating. After this fight, I’ll be right back in the mix.”

Catterall, who is rated No. 8 by THE RING at 140 pounds, is considered by many as one of British boxing’s hottest talents. The unbeaten southpaw has picked up invaluable experience, sparring with the likes of Floyd Mayweather and Canelo Alvarez and is now being trained by Haroon Headley.

“I feel confident in the team and the people that surround me,” said Catterall (16-0, 9 KOs). “With a new trainer and new management, I feel like everyone has good understanding of the direction I want to be moving in. I’m looking forward to getting out before Christmas and getting stuck into some huge fights in 2017.”

Tickets can be purchased from Ticketmaster.