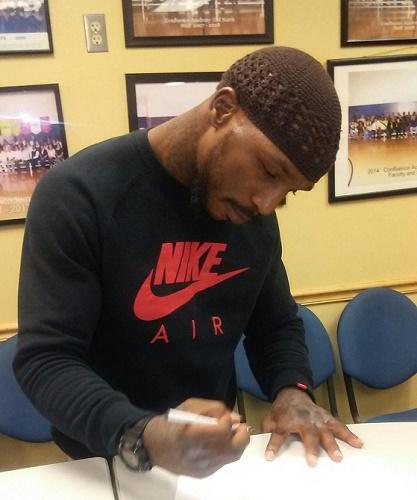 Vaughn Alexander has more baggage then most undefeated prospects

Alexander was released from the Boonville Correctional Center on March 7 after serving nearly 11 years of an 18-year sentence for armed robbery and assault. Before then, the older brother of former two-division champion Devon Alexander was a blue-chipper who Don King had high hopes for.

Now, it’s Main Events that will do the hoping.

On Tuesday, as an indication of the promise he once showed, Main Events announced it’s signed Alexander (6-0, 5 knockouts) and will put him on the debut card of its highly publicized Mohegan Sun’s Rising Stars Boxing Series on Nov. 26. Alexander is set to face journeyman Antonio Fernandez (7-28-4, 2 KOs) in a six-round middleweight bout at Mohegan Sun in Uncasville, Connecticut.

Alexander, who had over 300 amateur fights, described himself as a well-kept 30-year-old and vowed  his age wouldn’t be an issue. He picked up a win last month, his first since 2004 and hopes to turn back the clock and recapture the momentum he once had when he was 5-0 with four knockouts.

“When I was younger, I was always dedicated to my career, but I was also dedicated to the street life as well,” he said in a prepared statement. “I kept my body in shape because I always prayed that I would get back to this position. When I got out of prison, everyone was talking about my age and saying I was too old but my body is preserved.”

Alexander, who turns 31 next months, appeared fast-tracked for success before he went away. He made his pro debut on the undercard of Corey Spinks-Zab Judah in Las Vegas in 2004 and also fought on cards headlined by Roy Jones vs. Antonio Tarver II, Spinks-Miguel Angel Gonzalez and Felix Trinidad-Ricardo Mayorga at New York’s Madison Square Garden. Rather than sign with Al Haymon, like his brother, Alexander chose to work with Main Events instead.

“We are very excited about working with Vaughn,” said Main Events CEO Kathy Duva in the press release. “He stumbled in his past but so have many others. The important thing is that he is motivated and ready to move forward. We are so grateful to have this opportunity to debut him on the Mohegan Sun’s Rising Stars Boxing Series. America loves a comeback story!”