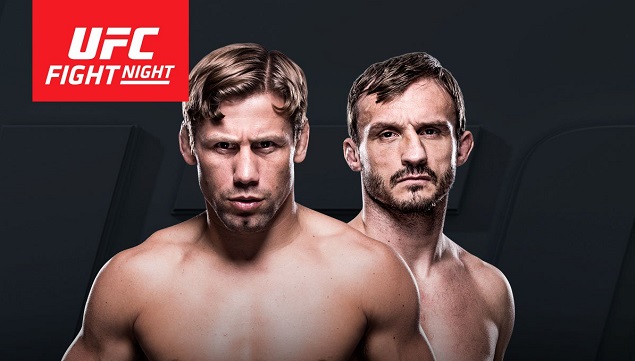 Urijah Faber has been competing in mixed martial arts before it was cool. After 13 years of being an active fighter and competing in 43 professional fights, Faber, also known as “The California Kid,” recently announced his Hall of Fame career will end after his Dec. 17 fight against Brad Pickett in his hometown of Sacramento at “UFC on FOX 22.”

Faber was gracious enough to grant RingTV.com’s UFC insider Kendrick E. Johnson an exclusive interview to talk about everything from why he’s retiring to his favorite fights and what awaits after his final bout.

Kendrick E. Johnson: Was retirement a reaction from how your last two fights went? We know you are a cerebral business man, so why now?

Urijah Faber: Well, for me, it’s I feel it’s the perfect opportunity. I’ve been blessed with amazing health and I feel the best I’ve ever felt physically. I am in great shape. I don’t want to continue a path when I’m not getting the excitement that I used to get out of it. I still enjoy mixed martial arts and enjoy what I’m doing but the emotional response I used to get is just not there. I think it time for me to have a very meaningful fight that is monumental for me. It’s a new arena; it’s in my hometown and it’s all these different things that are important to me. And if I don’t choose a time to go, I’m going to keep doing it because I love doing it and I’m not afraid to fight anybody and I’m still good enough to fight anyone.

KEJ:  Will we still see you at UFC fights on a consistent basis?

UF: I’m not going anywhere; I’m in this game. I’ll be living the exact same life I live now. I just won’t be having fights every three or four months.

KEJ: Many in the MMA community, including me, consider you to be a surefire UFC Hall-of-Famer. From a legacy standpoint, does it bother you that you were not able to get that UFC belt or are you secure with the things you have done for the sport with all the top-notch people you have beaten in your career?

UF: I’m secure with my legacy because they didn’t bring the WEC and UFC together until I was 32 years old and I can make a case for myself that I won that second fight with Dominick Cruz. I’ve always been about testing myself and enjoying the process. I’ve seen guys that got into this sport that came in after me that have already left. I’m very proud of the things I have been able to do throughout the years – from being a world champion to being a top contender and all the other things I’ve been able to do. I’m excited to train hard for this fight, am enjoying the process and I’m excited about performing again and being able to focus on whatever is next and, like I said before, there are a lot of options out there and a lot of passions for me.

KEJ: Like UFC Hall-of-Famer BJ Penn built the lightweight division, would you agree with someone who said Urijah Faber built the bantamweight division since you were the first star from that weight class?

UF: I would agree because, when I first started in this sport, the smallest weight class they had at the time was for 170-pounders. They had taken out the 155-pound division with Jens Pulver as the champion, BJ Penn and Caol Uno. Those were the good small guys when they took that weight class out. When I first started there was no weight class for me, so I was there and it helped that it was a joint effort all the way around. I had Zuffa behind me and WEC was owned by the UFC at the time, so a lot of the UFC people helped out a ton and a lot of credit should go their way as well.

KEJ: Do want to bury the hatchet with TJ Dillashaw or is it a situation where it is what it is?

UF: It’s a sad situation. I got a lot of great friends and family and people who are truly loyal on my side and I’ll just focus on those people. There are only a few people that have stuck a knife in me and twisted it over the years and I’m not going to dwell on that at all. So, no ill will. It is what it is.

KEJ: What about your issues with UFC bantamweight champion Dominick Cruz? Was your beef with him a personal or competitive thing and are you cool now that you have fought three times inside the Octagon?

UF: I never had a huge issue with Dom. Our situation started way back and I feel he’s really grown up as a person even though he can still be a little irritating at times. We’ve had discussions throughout the years, done PR together. I’ve gotten to know him really well and I can respect him as a competitor for sure because we had some real great fights.

KEJ: My last question is in two parts: What is your favorite fight and what are some of your favorite accomplishments of your career?

UF: I had a lot of great fights. I really enjoyed the first Jens Pulver fight. It was in my hometown of Sacramento and he was a former UFC champion and a guy I looked up to and it was a great fight. I also liked the Mike Brown fight, the second time, where I lost because I broke my hand and dislocated my thumb and had to fight through it and, in the process, I learned a lot about myself and proved I could push through adversity. Those two fights, in particular, were big fights to me because they were in my hometown, just like my last one will be. I’m really looking forward to it because I’m treating it like a changing of the guard because I’m going from one thing into the next phase of my life.

Faber will be missed in the Octagon but will still be around the UFC as the head man of “Team Alpha Male” out of Sacramento. The UFC legend leaves behind an unforgettable legacy and is the perfect role model for any current or future UFC star for his success in and out of the Octagon.