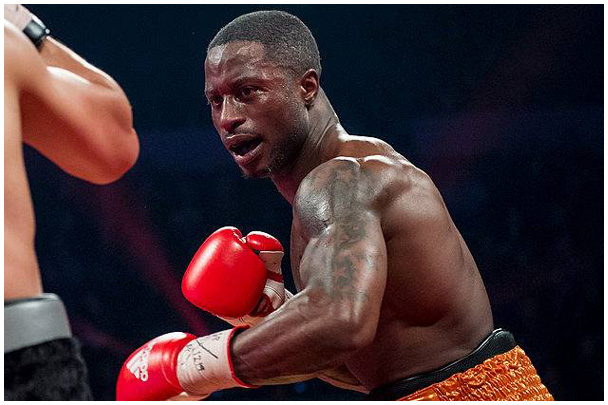 Best night of pro career: Clayton is most pleased with his most recent outing, a six-round shutout decision.

“I would have to say my best performance, right now, would have to be my last fight, July 29th, versus Mexican veteran Silverio Ortiz,” Clayton told RingTV.com.

Worst night of pro career: After nine bouts, the Canadian boxer-puncher is pleased with how everything has gone thus far.

“I would not say I have a weak performance so far in my pro career,” he said. “Every fight has been better and better.”

Next fight: On Thursday, Clayton will fight for the fifth time this year when he faces Ramses Agaton in a scheduled 10-round main event, at Montreal Casino, Montreal, Quebec, in the first installment of a new series called “Presentation of Casino de Montreal in collaboration with Videotron”

The 26-year-old Mexican brings a solid 17-4-3 (9 KOs) record to the fight. Agaton is a fast, skilled and aggressive southpaw, who has never been stopped in his six-year pro career. He holds notable victories over respected trio Ronaldo Montes (16-0), Alejandro Barrera (25-1) and Alvaro Robles (17-2-2).

However, Agaton has lost three of his last four outings – all against unbeaten fighters – Ivan Montero, Konstantin Ponomarev and Carlos Ocampo. Agaton will be expected to take Clayton rounds; an inside-the-distance win would be impressive.

Why he’s a prospect: Clayton was a very successful amateur, winning six national titles. He represented his country at the 2011 and 2013 World Championships, as well as appearing at the 2012 Olympics.

At the ’11 World Championships in Baku, Azerbaijan, Clayton lost in the second round to Errol Spence Jr. (18:9). Two years later in Astana, Kazakhstan, he lost in the third round, this time to eventual runner-up Arisnoidys Despaigne (3:0).

Those World Championships appearances bookended fighting at the London Olympics, where he lost at the Quarterfinals stage against Britain’s Fred Evans (14:14) on the heartbreaking countback system.

“That was the biggest experience of my life,” he explained, “other than having some very bad judging, but that just made me stronger for what’s ahead.”

During his time in the unpaid ranks, Clayton fought several top fighters, as well as the aforementioned trio – Spence, Despaigne and Evans. He acquitted himself well, going 1-1 with Brazilian Mike Carvalho but beat Prichard Colon, Oscar Molina and Cameron Hammond.

Since making the transition to the pros, he has sparred with former middleweight titlist David Lemieux and 160-pound Canadian national champion Francis Lafrenière, as well as a host of up-and-coming, young pros and amateurs from Montreal.

Clayton’s strong amateur background will serve him well as he progresses. That foundation, along with his age, should see him move relatively quickly.

Yvon Michel signed Clayton to his GYM promotional company is late 2014 and clearly has high hopes for his fighter.

“There is no limit on what Custio can do,” said Michel. “He has the skills, personality, determination, good management and training staff and the athletic qualities to succeed at the highest levels of the sport.”

Why he’s a suspect: Clayton has fought 37 rounds but noticeably, as he’s stepped up, in his last three fights, the fights have lasted longer.

He has traveled around the world as an amateur but, since turning pro, hasn’t fought outside of home region Quebec.

The 29-year-old feels he needs to be a little cuter as he continues his development.

“Managing my distance and setting up traps.” he said.

Story lines: Clayton had a normal upbringing, growing up in Dartmouth, Nova Scotia.

When he was 9-year-old, he became interested in boxing when his older cousin took him to the gym.

His intentions in boxing are simple: “My goal is to become world champion at welterweight and one of the best fighters to ever come out of Canada.”

Although Clayton isn’t married, he has a common-law wife with whom he shares three children and another on the way and enjoys spending time with his family.