Amir Khan, others sign up late for WBC drug testing 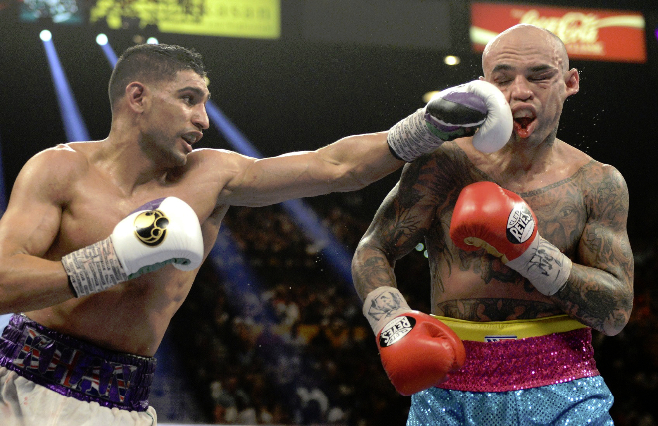 They got the message.

After the WBC announced on Tuesday that 25 fighters had been dropped from its October ratings for not enrolling in the Clean Boxing Program’s random, year-round drug testing, a number of the oblivious boxers quickly made amends.

Amir Khan, Vanes Martirosyan and Jean Pascal have all joined the WBC/VADA’s Clean Boxing Program and a number of others, including Felix Verdejo and Hank Lundy, are in the process of signing up in a bid to return to the rankings in November, the WBC announced on Friday. The WBC also noted that more than 70 boxers who were not required to sign up because they’re not ranked in the top 15 also voluntarily submitted to the testing regimen.

Khan was the mandatory to face welterweight titleholder Danny Garcia before he neglected to sign up before the extended deadline on Tuesday. Now, it’s unclear if Khan will retain his position since the WBC may reshuffle the rankings for November. Andre Berto has replaced Khan as the No. 1 welterweight contender for the WBC’s October rankings as Khan has been removed.

“All those boxers who enroll in the program will be returned to the WBC ratings in the month of November following the ratings criteria of the WBC, of course, to determine in which spot they are to be ranked,” the WBC said in a press release.

The following fighters enrolled even though they didn’t have to: