Bisping-Henderson an MMA Fight of The Year candidate 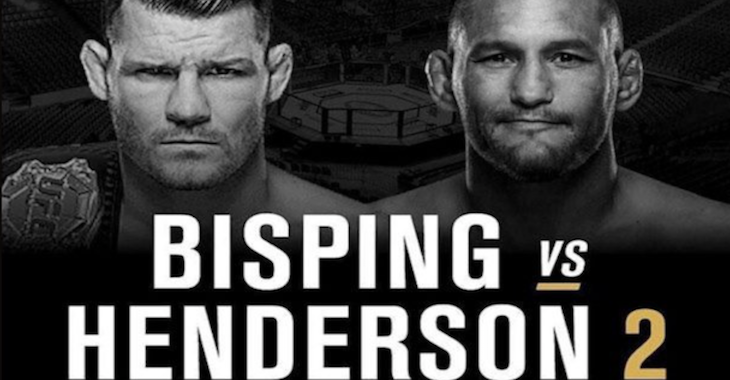 If you thought the main event at UFC 204 was going to be one of the best fight of the year, please stand up.

In a fight that delivered blood and guts and out-of-this-world heart and soul, Michael Bisping survived five physical rounds to defeat Dan Henderson and retain his UFC middleweight title. The fight that was underwhelming on paper, turned into an instant “Fight of The Year” candidate.

All three judges scored it in Bisping’s favor: 49-46, 48-47 and 48-47. With the win, Bisping (30-7) takes sole possession of the top spot on the all-time UFC wins list with 20 victories inside the Octagon, surpassing Georges St-Pierre.

The win also see Bisping close in on the UFC Hall of Fame as he now has beaten legends Henderson, Luke Rockhold and Anderson Silva in an eight-month span.

Bisping almost didn’t get out of the first round, though, as a vicious right hand by Henderson (32-15) caught him near the end of the round (very similarly to the way it did seven years ago when he lost to Henderson at UFC 100 via KO).

“This guy knocked me out cold,” said Bisping. “(It was the) worst knockout in UFC history. The jitters I had this week – look at my face, for crying out loud. You know what this guy can do to you.”

Fortunately for “The Count” he was able to survive the final 30-second onslaught of Henderson to get out of the round despite the “H-Bomb” leaving him with massive swelling below his ‘good’ left eye. Bisping suffered a detached retina in his right eye from a knockout head kick defeat to Vitor Belfort in 2013.

Bisping’s eye wound bled constantly throughout the remainder of the contest. Despite the injury, he would take the center of the Octagon and control rounds with kicks and jabs to the body before weathering another storm courtesy of another Henderson right hand.

Once the fight entered the championship rounds it was clear that Henderson was head-hunting, while Bisping was technical enough to control rounds and stay out of harm’s way. In the end Henderson looked like a fighter who can still fight but his days as champion are clearly behind him.

Immediately after the bout, Henderson confirmed what he has been saying since the fight was announced. He was officially retiring from the world of MMA.

“This is the last time anyone will see me fight,” Henderson said. “I gave my heart and soul to this sport. Fans like you, even though you booed me at the beginning of the night, made it worthwhile for me to compete year after year. I absolutely love this sport.

“Thank you Michael Bisping, for giving me this opportunity — my last fight, for the belt. I came up a little short. I wish they’d judge the fight on how you look after.”

It’s anyone’s guess where Bisping’s next challenge will come from. Former champion Chris Weidman is scheduled to face Yoel Romero at UFC 205, on Nov. 12, while Rockhold will face Ronaldo “Jacare” Souza on Nov. 19.

Bisping said, “Weidman, what the hell? You lost. I’ve had three victories since you got your ass kicked by Rockhold. Rockhold, I knocked you out in three minutes, buddy. Romero, you’re suspended for steroids, shame on you. And Jacare, you just got beat. Get off the couch and get a win.”

No matter who he defends his title next against, one thing is for sure, Michael “The Count” Bisping is finally a certified UFC legend.