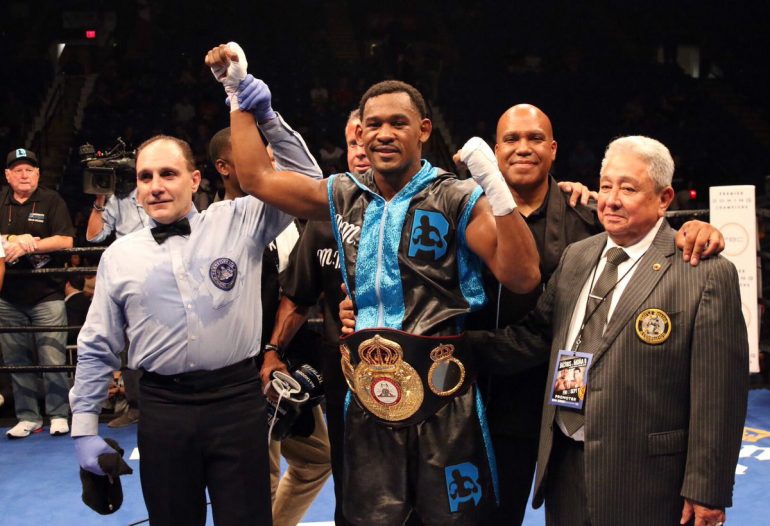 In a rematch that few wanted to see, including the fighter who won the last time, Danny Jacobs scored five knockdowns and stopped Sergio Mora at 2:08 of the seventh round to retain his secondary middleweight title Friday at Santander Arena in Reading, Pennsylvania on a PBC on Spike broadcast.

Jacobs called out middleweight champion Gennady Golovkin afterward, saying he wanted to fight him next. Jacobs is Golovkin’s WBA mandatory. Jacobs also stopped Mora in August of 2015 in the second round. There was minor interest in a rematch because Mora hurt his ankle on the final knockdown and the bout was stopped when he couldn’t continue. No such controversy existed on Friday.

Jacobs (32-1, 29 knockouts) scored a knockdown in the fourth round with a grazing punch on the top of Mora’s head. Mora’s legs buckled as he hit the canvas, similar to the way he went down the first time they fought. But Mora (28-6-2, 9 KOs) rose as the round ended and wasn’t injured. Mora went down again in the final seconds of the fifth round, again as Jacobs flurried at the bell and landed a right hand on Mora’s back.