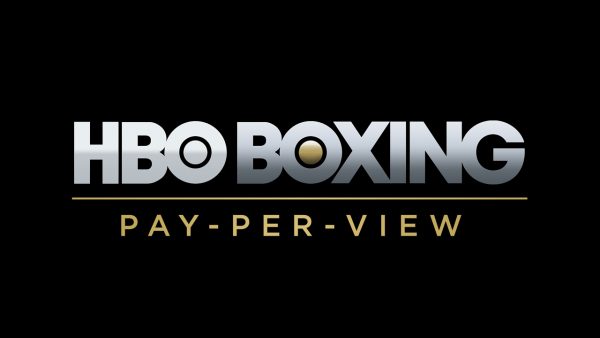 This weekend, the boxing world will get to see two of the top five pound-for-pound boxers in the world compete when Roman “Chocolatito” Gonzalez faces Carlos Cuardas and Gennady “GGG” Golovkin takes on Kell Brook. Add that to the fact that these aren’t tomato cans being thrown at GGG and Chocolatito and you have a night of fights that are surely to be fun for all fight fans.

And guess what? You don’t have to pay $50 to watch the doubleheader (if you’re watching in the U.S.).

However, the following week we get a popular fighter, (who isn’t quite pound for pound yet) in Canelo Alvarez facing virtually unknown (in the U.S.) Liam Smith in Dallas. It’s a fight that even the most hardcore boxing fans have rolled their eyes at in disappointment. It’s not the fight that the fans asked for nor does it deliver a level of intrigue that would reel in a casual fan. To be completely honest, Canelo-Smith is a hard sell as a regular HBO fight.

Therein lies the problem with boxing: a ridiculously inconsistent pay-per-view model. It confuses boxing fans because there’s really no rhyme or reason to it. If you look at the pay-per-view fights this year, none of it will make any damn sense. You have great fighters on pay per view that aren’t at the level where fans should have to pay to see them fight (such as the Viktor Postol-Terence Crawford fight) or fights that fans simply don’t care about (Manny Pacquiao-Jessie Vargas) or popular fighters beating up on opponents in terribly lopsided fights where the ending was predetermined (Canelo-Amir Khan).

Meanwhile, there have been great and competitive fights on free television and cable this year with Keith Thurman-Shawn Porter, Leo Santa Cruz-Carl Frampton and Francisco Vargas-Orlando Salido, to name a few. If you’re a fight fan, why would you shell out money to watch a fight when you can just wait and catch something competitive without having to pay extra for it?

Boxing is in an interesting phase right now. The Premier Boxing Champions (PBC) deal has made the sport more accessible, but hasn’t worked to generate more interest in boxing. A bunch of fights on any given channel on any given day with little to no build up won’t attract new viewers. It’s hard to build stars when you aren’t telling stories about who they are. Granted, PBC has given us some great fights. But there are so many televised fights that even the staunchest boxing fan will suffer from exhaustion when trying to keep up. Nothing feels “special” anymore. And because of that, the entire sport suffers.

And it’s not PBC’s fault alone, it’s the entire sport that has had a hand in this strange dichotomy. The recent announcement that Pacquiao and Vargas would be competing on pay per view drew the most audible sigh that could have possibly been heard in the boxing world. Coming off the heels of a Canelo-Smith fight that doesn’t seem to hold anyone’s interest and a Crawford-Postol bout that was significant, yet swept under the rug by the casual fan, Top Rank has a lot of work to do in generating interest in a fight between a faded superstar and an opponent that hasn’t proven to draw in any capacity. It’s not even a fight that sounds good on paper. There’s literally no intrigue.

When you stack up these lousy pay per views, all they do is hurt the one fight that truly deserves all of our attention: Andre Ward vs. Sergey Kovalev. A fight between two top five pound-for-pound fighters should be treated as a big deal. All of the marketing dollars should be thrown into making this fight feel significant. This shouldn’t be a difficult sell.

Unfortunately, boxing fans are growing more and more jaded by the day. You keep making them pay for bad fights and eventually they’ll miss out on a good one. What makes this all the more interesting is that neither Ward nor Kovalev are affiliated with the powerhouses in boxing promotions. Ward is with the still relatively new Roc Nation while Kovalev is a Main Events fighter. You won’t see Bob Arum or Oscar De La Hoya trying to sell the fight. That’s a good and bad thing. Fans are familiar with both hall of famers but both have sold us a great deal of nonsense over the years to the point that fans struggle to believe anything they say.

If Ward-Kovalev weren’t surrounding by nonsensical pay per views, it would feel a lot more significant than it has. It’s both unfortunate and unfair that two of the best fighters on the planet will have to struggle to sell this fight to a casual audience.

How do you fix it? Well, although boxing fans may not agree, you have to start stacking your cards like the UFC. With Floyd Mayweather Jr. gone, there is nobody who has a reach outside of boxing. And, because of that, it is increasingly difficult to sell fans one fight. Ignoring the politics and ridiculous purses that some of these fighters make, there’s a way to make these cards special by loading them with competitive fights. A casual boxing fan would be much more inclined to pay for a card that has Ward-Kovalev and Pacquiao-Vargas. If Canelo-Smith also featured GGG-Brook and Gonzalez-Cuadras, fight fans would be a little more inclined to spend their hard earned cash.

Meanwhile, new stars would be born. It doesn’t matter how good Crawford is if nobody is watching him fight. There’s absolutely no reason why Crawford and Pacquiao shouldn’t have significant fights on the same card. The best way to build Ward vs. Kovalev would have been to have them fight on the same night. Hell, they could do split site pay per views and satisfy fans.

But boxing politics and unwavering egos prevent the sport from truly flourishing.

The sport we love has a long way to go before it becomes special to people outside of boxing. But at the current rate, it isn’t helping itself at all. The bottom line is that pay per views need to feel special and great fights should be given to fans for free in an effort to build towards something bigger. Until then, we’ll just have to live with the scattershot pay per view blueprint and wait to see if something magical happens.