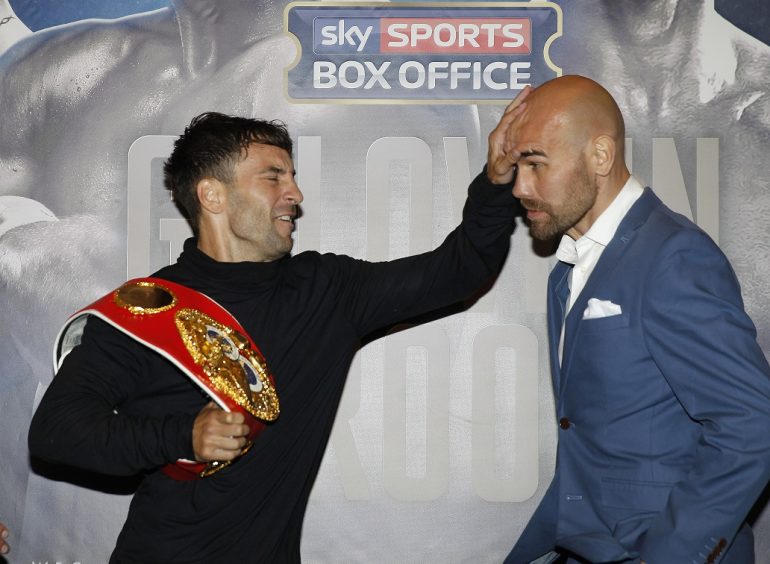 Lee Haskins has told old foe Stuart Hall he’ll knock him out in six rounds when they clash for Haskins’ IBF bantamweight title at the O2 Arena in London, England, on Saturday.

Haskins, who is rated No. 6 by THE RING at 118 pounds, holds a win over Hall from July 2012, when they met for the vacant European title and a bitter rivalry was born.

Hall insists he does not regard Haskins as a true champion after the latter was elevated from “interim” to full IBF titleholder when Randy Caballero notoriously failed to make the weight for their title bout in Las Vegas last November.

“’Stuey’ had a dig about me being ‘given’ the world title,” said Haskins, who outpointed Ivan Morales in his first defense in May. “He made out that I was too scared to fight Caballero, which is one of the most ridiculous things I’ve ever heard. If I didn’t fancy it, I would have pulled out of negotiations, let alone travel to Las Vegas after a grueling training camp.

“I was the one that made weight. I trained hard, gave everything in that camp and I earned my spot. Yes, it was given to me but what am I supposed to do? Stuey would have done exactly the same and he knows it. Anyone would. It wasn’t the nicest way to win a world title but I deserve it for what I’ve won in the game – no one can begrudge me that.

Haskins continued, “Caballero was 5.5 pounds heavier on the scales. He could have easily been (14 pounds) heavier than me on the night – it gets very dangerous then. There was no way the fight could take place; you can’t put a figure on that. If I wanted to fight guys (that heavy), I would move up a few weight divisions.

Haskins then reinforced his prediction of becoming the first fighter to stop Hall, who will attempt to regain the very same title he won in December 2013, when he outpointed Vusi Malinga.

“I meant what I said at the head-to-head with Stuey. He is getting stopped in six rounds,” said Haskins. “Yes, I’m expecting a tough fight as he is a tough man and we have both improved since our last fight. He has my undivided attention for this fight. I’m relaxed because I’m confident I have too much in every department.

“I’m taking him seriously and put all the effort in to this camp. I will reap the rewards after. I may have been ‘given’ a world title, in his words, but there is no way I’m giving it up without a fight. It’s mine and I’ve earned it.”

Haskins’ clash with Hall is in support of the IBF and WBC middleweight title battle between Gennady Golovkin and IBF welterweight beltholder Kell Brook. Charlie Edwards will also challenge Johnriel Casimero for the IBF flyweight title.

Tom Gray is a UK Correspondent/ Editor for RingTV.com and a member of THE RING ratings panel.  Follow him on Twitter @Tom_Gray_Boxing

You can subscribe to the print and digital editions of THE RING magazine by clicking the banner or here. You can also order the current issue, which is on newsstands, or back issues from our subscribe page. On the cover this month: Sugar Ray Leonard