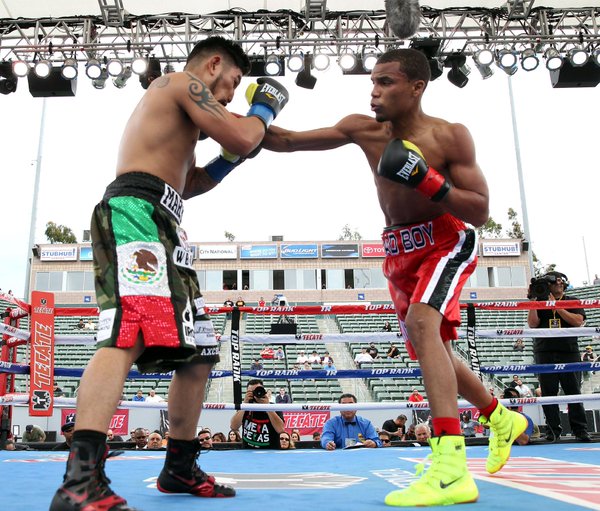 Brown will face veteran Gilbert Venegas in an eight-round bout at the Horseshoe Casino in Hammond, Indiana, and long-time Chicago-area promoter Bobby Hitz will promote the card.

Brown (17-0, 15 KOs), who resides in nearby Chicago, Illinois, is best known for fighting often during the second half of 2015. From May of last year through December, he fought a total of 13 times. In his last bout on Mar. 4, Brown stopped Marqus Jackson in the fifth round in Hammond. That knockout victory was Brown’s fifth in succession.

Cericola, who co-manages Brown along with Cameron Dunkin, stated that the five-month layoff was to prevent the fighter from burning out after being so active.

“Ed was fighting often and the traveling (by plane) was getting to him,” Cericola told RingTV.com. “Ed was never injured, he just needed to take a physical and mental break from the ring.”

The 24-year-old Brown is familiar with Venegas, who also resides in the Chicago area, having stopped him in three rounds last November.

“Venegas is no joke,” said Cericola. “After this fight, the goal is to again have Ed fight every six to eight weeks.”

In his last bout on Jul. 16, Venegas won a six-round unanimous decision over Antoine Elerson in Milwaukee, Wisconsin.

Francisco A. Salazar has written for RingTV since October of 2013 and has covered boxing in Southern California and abroad since 2000. Francisco also covers boxing for the Ventura County (CA) Star newspaper, Boxingscene.com, and Knockout Nation. He can be reached by email at [email protected] or on Twitter @FSalazarBoxing