Joseph Diaz Jr. wants to win Saturday to get on Canelo undercard Sept. 17 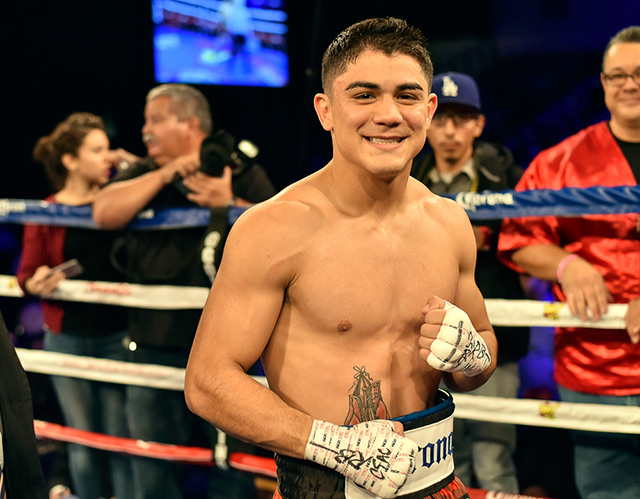 If Diaz gets by Proa (28-1-2, 21 knockouts) and isn’t cut or injured in the co-main event on HBO Latino, there’s a strong possibility he says he will graduate to the Sept. 17 undercard headlined by Canelo Alvarez’s junior middleweight title fight with Liam Smith at AT&T Stadium on HBO PPV.

“My manager, Ralph Heredia and Golden Boy, they told me that would be a good opportunity and that could be something where I could showcase my skills in front of millions of people watching and thousands in attendance,” Diaz told RingTV.com. on Tuesday. “That’s why I really want to go out there and do my thing for this fight and make sure I don’t get any injuries and make sure I don’t get any cuts so that opportunity could still be available and I can go out there and take full advantage of it.”

Golden Boy VP Eric Gomez confirmed in a text the possibility of Diaz ending up on the Sept. 17 undercard. Diaz (20-0, 11 KOs) hopes to face Josh Warrington, who is ranked No. 1 in the WBC at featherweight on Sept. 17 in an eliminator for the chance to challenge titleholder Gary Russell Jr. Diaz is rated second in the WBC. Britain’s Warrington (23-0, 4 KOs) faces Patrick Hyland, also on Saturday on a different card. The HBO Latino show is headlined by Antonio Orozco versus Abner Lopez.

“Hopefully he doesn’t get injured and I don’t get injured and we can set that fight up,” Diaz said, while adding, “That would probably be the biggest fight of my career and the most important fight because that fight I would have to be 200% ready to showcase that I can be the next superstar, so I can gain all those fans who are watching so I can one day be a mega-superstar like Canelo is right now.”