Dillian Whyte out to ‘punish and hurt’ David Allen 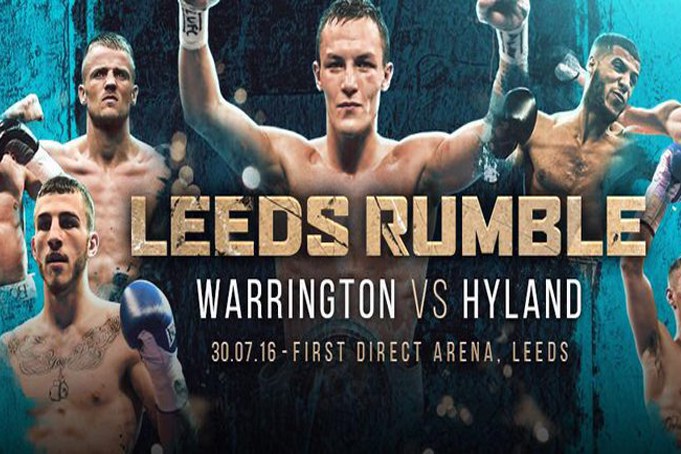 British contender Dillian Whyte (17-1, 14 KOs) has sent a chilling message to countryman David Allen (9-0-1, 6 KOs) ahead of their eagerly anticipated heavyweight clash at the First Direct Arena in Leeds, England, on Saturday.

“I’m going to punish and hurt you bad.”

Whyte, who tested reigning IBF belt holder Anthony Joshua in a non-title bout, before being stopped in seven rounds, last December, clashed with Allen on social media and insists that the unbeaten 24-year-old will regret calling him out.

“His whole thing is to try and plough forward and keep in the pocket and think I will get tired and gas. They are thinking I will come out, go mad and shoot my load and in his words he has ‘a spectacular chin’ and this amazing pace he is going to set which he has never done before. They reckon if he gets past the first few rounds he will beat me because he thinks I can’t go the distance. If that is their game plan going into the fight, I feel sorry for him.

Whyte continued, “I am not even thinking about knocking this guy out – this is the first time in my career I have gone into a fight thinking I don’t need to knock this guy out in the first round. If I knock him out in round one, two, six, seven or eight, it doesn’t matter – I just want to punish and hurt him bad. I want him to sit in his corner across the ring and look at me and think, ‘I have bitten off more than I can chew here’.”

Tickets are on sale now priced at £30, £40, £60 and £100 available from the First Direct Arena at www.firstdirectarena.com and on 0844 248 1585. VIP tickets priced at £150 are available exclusively from Matchroom Boxing at www.matchroomboxing.com.

Tickets for July 30 are also available from http://www.stubhub.co.uk/matchroom-boxing-tickets/ – StubHub is the official ticket partner and marketplace of Matchroom Boxing.