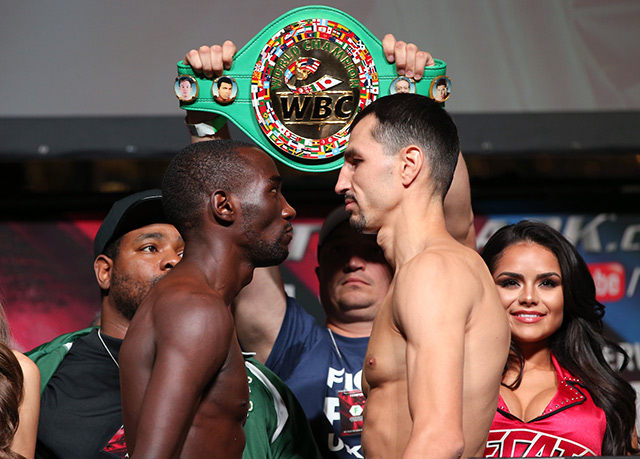 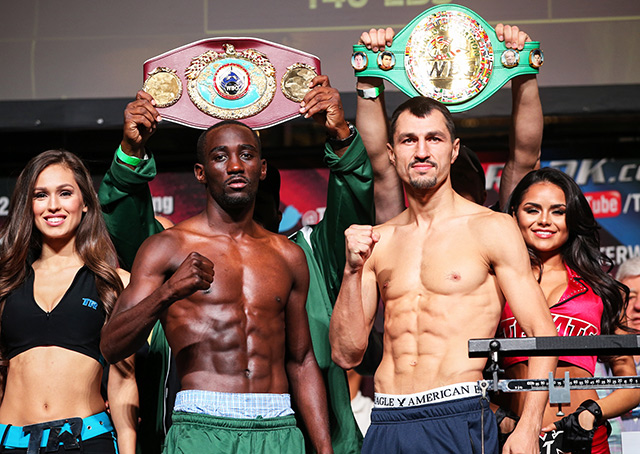 Terence Crawford and Viktor Postol on Friday made weight for their RING junior welterweight title fight Saturday in Las Vegas.

The fight is for the vacant 140-pound RING title. It will also unify two titles. Crawford owns the WBO belt; Postol is the WBC titleholder.

The fight will take place at the MGM Grand and is on pay-per-view television.