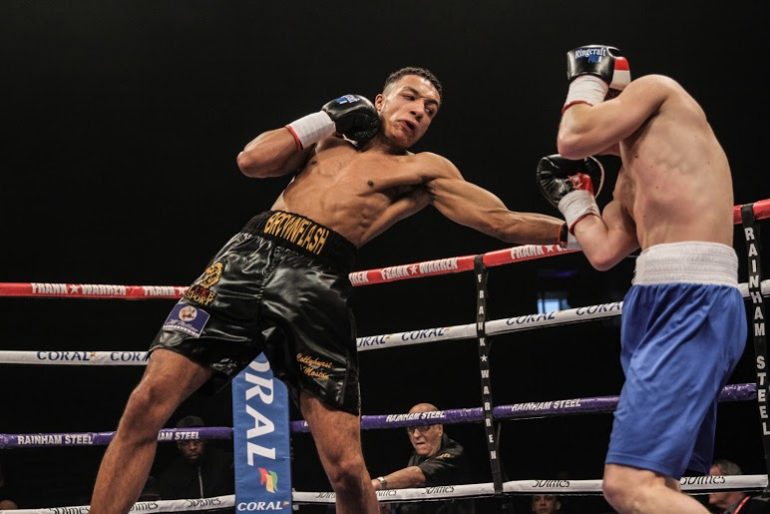 There was no glittering amateur career, no tickertape welcome to the pro ranks and no lucrative television deal but Manchester’s Zelfa Barrett (10-0, 4 knockouts) stands out when he performs and his back story is compelling.

This sharpshooting junior lightweight already possesses attributes that belies his experience (see video) and several of his performances have been dazzling. The 22-year-old has great balance, variety and technique and his fistic evolution is thanks to one of the most celebrated coaches in British boxing history.

“It’s all down to Brian Hughes,” said Barrett of the Manchester boxing guru, who is the essence of the following story. “I’ve been in the gym since I was eight years old and, at 15, I was working with professionals like Scott Quigg, Michael Jennings and Rhys Roberts. I was groomed to be a professional and I only competed as an amateur to acquire the basics.

“As soon as I turned pro, I was like a duck to water. A lot of amateurs need three or four months to make that transition but, with me, it was normal. That was down to Brian Hughes, who nurtured me. He taught me how to punch correctly; he taught me how to read opponents and he taught me to learn when I watch boxing.”

Brian Hughes is an institution in UK fight circles. Following an incredible half-century in the business, the chief coach of Collyhurst and Moston Lads Club retired in 2011 but his legacy lives on through the fighters he groomed and his teachings had a profound effect on his very first professional champion.

Pat Barrett, Zelfa’s uncle and trainer, became British and European junior welterweight champion under Hughes’ guidance and also challenged for a WBO title in 1992. He now runs the Collyhurst Gym but what makes Pat’s story so fascinating is he gravitated from journeyman-level to world-level and that is a remarkable achievement. 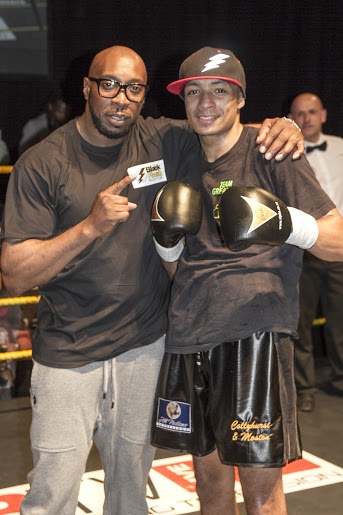 “I had such an amazing apprenticeship under Brian Hughes,” said the charismatic 49-year-old. “That was the first gym I ever put gloves on and I trained for my first amateur fight there too.

“I didn’t plan (to take over the gym) but seeing the way Brian was able to change people’s lives with words and by giving them belief has motivated me to do the same. I want to prove myself like Brian Hughes did. I want to be qualified as a world-class trainer. It’s OK to believe in something but you have to go out there and do it.”

Detractors of the fight game assume that two fighters simply stand in the middle of the ring and bash each other until there’s a winner. In truth, no sport demands more concentration. One mistake and there’s every chance that you’re flat on your back, with a referee counting in your face.

Zelfa was in tune with that philosophy from a very young age and when asked to reveal his number one weapon during a contest, there was only going to be one answer.

“My brain,” said the fighter instantly. “Without my boxing brain, nothing else works. That’s why I’m able to read fighters and, again, it’s all down to Brian Hughes. He taught me how to think in the ring. There are a lot of high-level fighters out there who rely on coaches but Brian and my Uncle Pat taught me how to think for myself.”

“Zelfa is a very clever kid because that is exactly what I’d say,” laughed Pat when informed of his nephew’s words. “Without intelligence, without keeping your mind working and reacting properly, you’ll have a hard time in boxing. Training your body is the easy part, you can just go to a keep-fit class. To get in the ring and persevere is something else.”

During Pat’s early days as a professional, he was sent to America on a learning curve. He spent time at Sugar Ray Leonard’s gym, worked with John Davenport; who trained Lennox Lewis, and visited several other US boxing hotbeds. Brian Hughes sent him on that trip alone, to sharpen his mind as well as his skills.

Pat returned a better fighter, eager to take on all comers in his division. He remembers that transformation like it was yesterday, so when an opportunity for Zelfa to spar current WBA lightweight beltholder Anthony Crolla became available, the youngster was put in the same position.

“When I was due to spar Anthony, my Uncle Pat sent me to Bolton by myself,” said Zelfa, who helped Crolla prepare for his first bout with Darleys Perez. “We did dozens of rounds and I didn’t have a cornerman. That forced me to figure out my own mistakes and hard work and dedication is what got me through.”

“He went up there on his own and sparred brilliant,” confirmed Pat. “The only person watching over him was Scott Quigg, who is a good friend of Zelfa’s, and he was very impressed. I spoke to Scott and he said, ‘I watched a boy become a man.’ That was Scott’s exact words. Anthony and Joe (Gallagher) thanked Zelfa for the work and had him up again for the second Perez fight.” 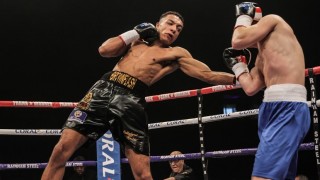 Pat has a promoters’ license and runs Black Flash Promotions, which is named after his former ring moniker. He was responsible for giving his nephew a start in the pro ranks and Frank Warren has also signed Zelfa to a multi-fight deal. The goal is to keep him active under both promotional banners and finally unleash a new prototype of “The Flash” when the time is right.

Zelfa said, “I want to go down the British and European route and win everything that my uncle did. I’d like to go through British, Commonwealth and European – bank all that experience – and then go for world honors. That way, I will have earned it.

“I’m fighting on my uncle’s show on July 2 and then I’ll be back out on a Frank Warren show in September. Hopefully, in 2017, we’ll see me fight for titles but there’s no rush because I want to be in this sport for a long time. As long as I’ve covered all bases, then I have no problem fighting for titles.”

“I’m in no rush with Zelfa,” stated Pat categorically. “He won’t be fighting for titles of any kind until he’s 15-0 because, by that time, he’ll have experience and he’ll be ready. When Zelfa fights for a title, he won’t just be fighting for it; he’ll be winning it.

“That’s what happens with a lot of kids these days. They get rushed, they get pushed and people think they’re ready when they’re not. Zelfa could fight for a British title now. He’s good enough but I wouldn’t let him. We’ll do things the right way and work as a team.”

When this reporter broached the issue of a family connection perhaps making life difficult in such a perilous and treacherous game, the response was both surprising and understandable.

“Zelfa is no different from any other kid I train in the gym,” said Pat in earnest. “There is no attachment because if there was attachment, then I couldn’t do this job. When I go in the gym, it’s purely business and he’s not my nephew. This is not about family; it’s about becoming a champion and fulfilling your potential.

“I have eight professional fighters now, all going well and all undefeated. You ask me about any of them and I’ll tell you that all of those fighters have the capability to become a champion. You can’t just walk into my gym and see what’s going. We’re underground and when I bring one of my fighters on to a show, people are surprised.”

Pat Barrett is a salt-of-the-earth fighting man. He’s the type of character with whom you could talk boxing for hours and never get bored. That juxtaposed alongside his nephew’s enthusiasm and thirst for success makes for an infectious pairing.

“If I don’t do something right, I’ll be asking my Uncle Pat what I can do to improve it,” said Zelfa. “If I had my way, I’d be waking him up at 3 a.m to work on things and there have been times when I’ve wanted to do that.

“I’ve told him when I start making the big bucks that he’ll have to get up at those times because he’ll be on good money then. I’m a perfectionist; this is my trade and I want to be the best at it – period.”

Brian Hughes and Pat Barrett wouldn’t have it any other way.

Struggling to locate a copy of Ring Magazine? Try here (Domestic Only) or