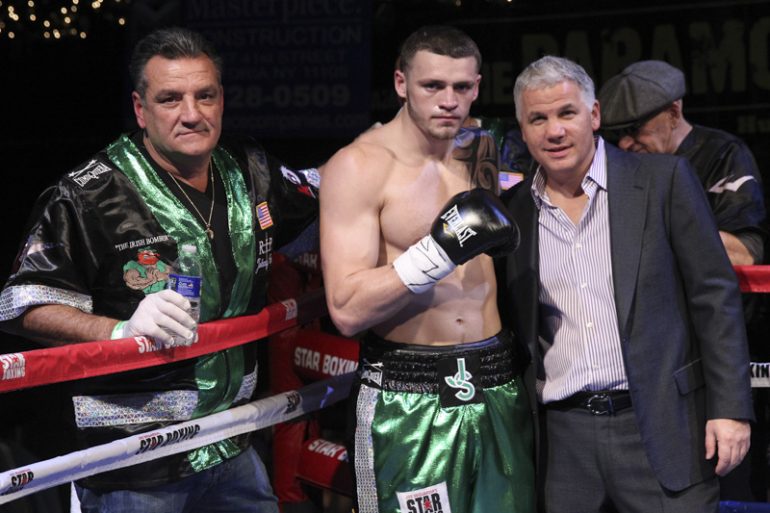 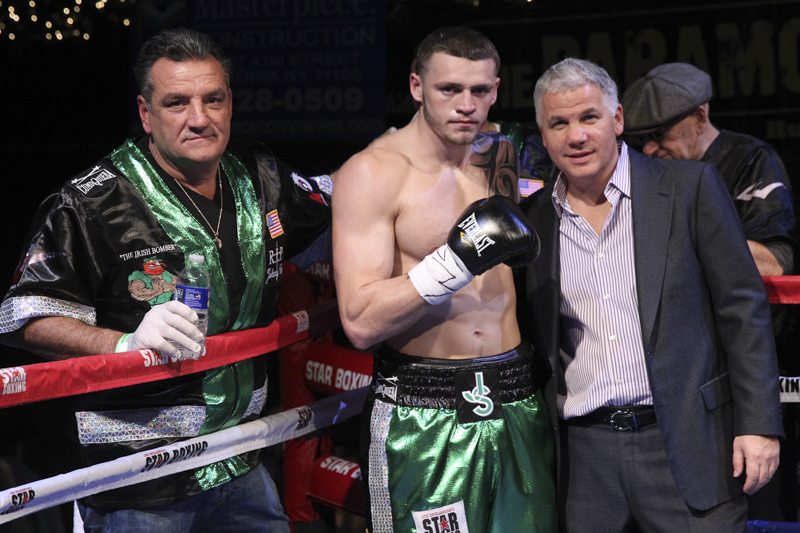 Joe Smith Jr. is not one of those names.

In fact, when Smith was announced as the next opponent for light heavyweight contender Andrzej Fonfara – in a prime time NBC/Premier Boxing Champions spot, no less — it was almost as if someone had made it up: a name so generic that it took a moment to realize it was real.

Smith, a 26-year-old boxer from New York, has a name better suited for a character in “Punch-Out” or maybe the protagonist’s name in the next stage play centered on boxing.

“It’s a very common name but there’s never been no ‘Joe Smith, World Champion,'” Smith said, laughing. “There will be soon.”

But Smith (21-1, 17 knockouts) also goes far beyond not being known by casual fans. He’s hardly even known in boxing.

In his near-seven-year career, Smith has spent time fighting under Star Boxing President and CEO Joe DeGuardia in his Paramount Boxing series. But how DeGuardia said he decided to start promoting Smith came down to his personality.

“He’s like everybody else. People can identify with that,” DeGuardia said. “He’s a hard-working kid, blue-collar. He’s the kind of salt of the earth that makes this country what it is.

“It’s very basic. It’s like the name. Joe Smith is common, yes, but people can identify with that … He has that heart and determination that will propel him to be great.”

Smith fits all the stereotypes of a blue-collar type fighter. Outside of boxing, he makes his living by working in a union, doing construction and the type of physical work that’s exhausting day after day. He even comes from a big family, saying he had eight siblings.

Yet there’s a modesty that comes with Smith, a shyness even. He’s soft-spoken and takes time to think about each question before answering. The Fonfara fight is by far his biggest opportunity to date but it’s been a path he’s been trying to build for a long time. Like construction, Smith has slowly built it, dealing with grueling pain that can get in the way.

“I got here through hard work,” Smith said. “It was a lot sweat, tears and a lot of tough times. … Each fight, I get a little better and better. It’s not as rough anymore.”

There was no rougher point then when Smith suffered a fourth round stoppage loss to Eddie Caminero in August 2010. In the second round, Caminero landed a punch that caused a double fracture in Smith’s jaw, requiring seven hours of surgery.

“It happened in the second round but (Smith) fought and fought,” Jerry Capobianco, Smith’s trainer said. “He won every single round until in the fourth round where the guy kinda shouldered him in his jaw, and the doctor looked at him because his mouth was bleeding. But he didn’t fall down. He didn’t take a knee. He never submitted.

Capobianco has been with Smith since the fighter was 18. Smith would go into his gym to hit the heavy bag, trying to get noticed until, one day, Capobianco finally gave in and started giving instructions.

The fight with Caminero, however, made Smith re-evaluate if boxing was in his future. Smith spent the first six months of healing from his jaw surgery wondering if it was still worth it. After he was medically cleared, he began training again before setting a return fight nearly a year removed from his only loss.

“To me, (the Fonfara fight) is cake compared to (the return),” Capobianco said. “The first fight he had back was in the same arena (the Aviator Sports Complex in Brooklyn), the same ring. To me, that took more courage than anything he’ll face again.”

Smith’s best win to date is perhaps over Will Rosinsky, earning a unanimous decision over the fellow New Yorker, in December 2015. Besides that, Smith first created buzz for himself by upsetting Seanie Monaghan in the New York Golden Gloves final in 2008.

Fonfara (28-3, 16 KOs) said he isn’t overlooking Smith, despite having light heavyweight champion Adonis Stevenson on his radar for a rematch.

“I know this is a good fight for me because he came here to win the fight,” Fonfara said. “He prepared well and is a good young fighter. I must do my job inside and win the fight.”

Smith said he isn’t intimidated by going to Fonfara’s home of Chicago, specifically the UIC Pavilion, even though he hasn’t fought outside of New York since 2012. But there will also be familiar faces in the crowd rooting for Smith.

Smith said about 100 of his friends and family, including his Union 66 co-workers, are making the trip to the fight. He said he plans to stay busy with Fonfara and wants to make a good fight for those who are cheering for him.

It’s the motivation – why he trained two to three times per day for the fight – to have a better life and the support of those around him that keeps Smith going.