Sergio Mora: ‘Mosley and Duran needed each other’ 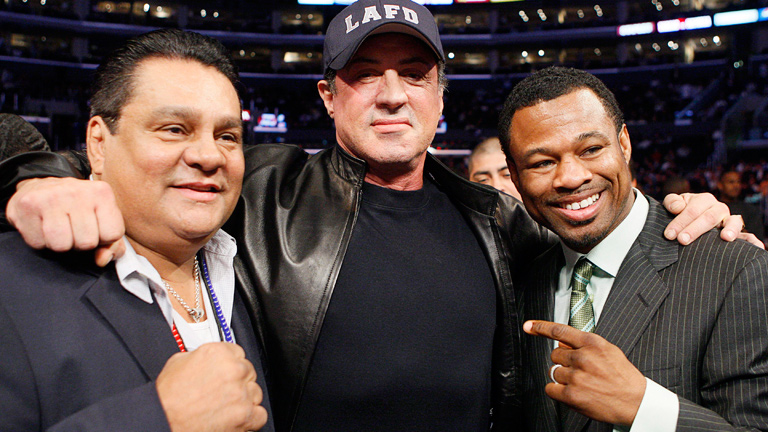 26
May
by Coyote Duran

It stands as a highlight in a career that has seen a fair number of them and it was a sparring session. His sparring partner was 64 years old and was wearing jeans.

No matter. Sergio Mora, former 154-pound titlist, standout “The Contender” alum, will not soon forget the couple of minutes he engaged in combat with Roberto Duran, the Panamanian Hall-of-Famer whose nickname, “Hands of Stone,” belongs solely to him, a fight game original.

Duran last fought as a professional in 2001 and amassed a 103-16 (70 knockouts) record after entering the paying ranks in 1968. He was 50 years old facing 39-year-old Hector Camacho in his final official start and likely would have soldiered on, with a mix of enjoyment and as a function of the fact that this is what he is, a fighter, but a severe car accident stopped him.

In recent years, he has trimmed down, gotten healthier and wiser about his lifestyle choices and is enjoying a resurgence in life. A movie telling the tale of his humble origins and the rise to prominence as the pugilist with the most Charles Manson-esque pupils you will ever see, with a comparative ferocity to the celebrity villain, is soon to hit theaters.

Duran is training Shane Mosley (49-9-1, 41 KOs), at 44, to shock the rest of the world, apart from him, and re-rise to the top of the heap as a world-class hitter. Mosley fights David Avanesyan (21-1-1, 11 KOs), Saturday in Arizona. The bout will unspool on CBS Sports Network.

I queried the 35-year-old Mora, back at 100 percent after busting his ankle fighting Danny Jacobs last August, about the session with Duran and Mosley’s deal. Mosley and Mora fought to a draw in 2010.

So, Mr. Mora, did you know what sort of session, what type of pace and level it would be versus Duran, beforehand?

“I had already sparred with Mosley five rounds and Duran wanted to get in there with me to show Mosley what he would do against me. I knew it wouldn’t be all out, just going through the motions of punches. He’s a 64-year-old legend; things would have been different at 36.”

Did Duran sneak in harder shots because of that pride?

“No, he didn’t. But Roberto’s pride and machismo will never fail him even if his age will. The man is amazing.”

You didn’t have a flashback, picture 30-year-old Duran, then? You didn’t almost start letting loose, thinking it was 1979 and you were a time traveler?

“No flashbacks, thank God,” said the 28-4-2 (9 KOs) East LA man. “I could see how great he was as a tricky fighter, even as a 64-year-old legend. The man still has the machismo and sees all the angles but there’s no way his body allows him to pull the trigger anymore.”

So while we’re on the subject, talk about the Mosley-Duran pairing? Useful?

“I definitely see a rejuvenated and motivated Shane Mosley, eager to prove everyone wrong,” Mora told me. “He looks great physically as he always does but his hunger and dedication are back. Both Mosley AND Duran needed each other at this point of their legendary lives, Shane as a boxer and Roberto as a trainer. Most would call it a clever marketing ploy by two great boxers making yet another comeback to relevance. I call it simply another comeback by two men who have proven time and again they can make comebacks in a fickle sport that needs to be reminded of what real greatness really looked like.”

The Woodsy–Duran pairing has proven time and again to be useful, especially when filing quality pieces like the one you just read. But sometimes it takes a solid third set of eyes like Mora’s to really substantiate a certain – and very good – idea.