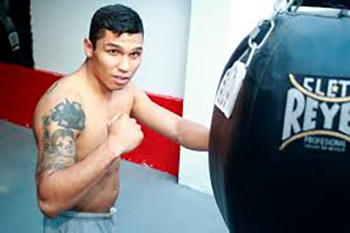 Lara (28-0-2, 20 knockouts), a 25-year-old southpaw from Guadalajara, Mexico, stormed out of his corner at the opening bell and swarmed Montiel with power punches, dropping the 37-year-old former multi-titleholder within the first 30 seconds of the Fox-televised fight.

Montiel (54-6-2, 39 KOs), a native of Los Mochis, Mexico who has held titles at flyweight, junior bantamweight and bantamweight, never found his bearings or got his offense going, and was dropped three more times on the strength of flush right hooks landed by Lara.

Referee Ray Corona warned Lara for hitting Montiel while he was on the canvas after the third knockdown but waved the one-sided beating off as soon as the older fighter was dropped the fourth time.