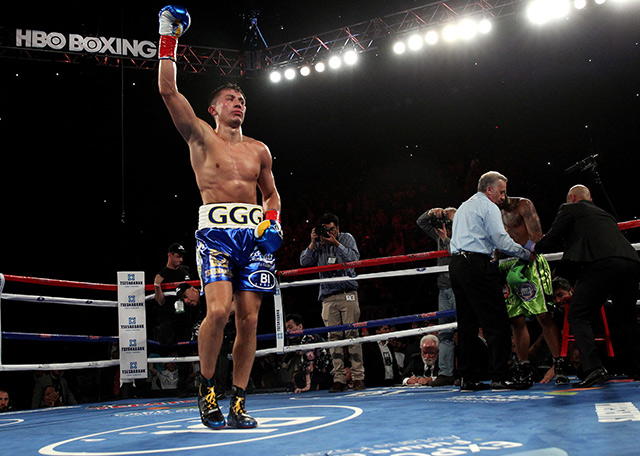 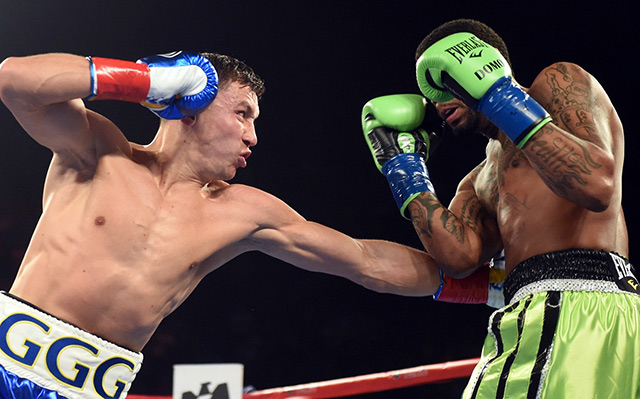 INGLEWOOD, California – Gennady Golovkin and Roman Gonzalez continued the storied boxing history of The Forum by dominating their opposition with a mix of skill and brutal power to the delight of a sellout crowd of 16,353 inside the storied arena.

Golovkin had a short night, scoring his 22nd consecutive knockout, while Gonzalez was taken the distance for the first time in 10 bouts, but both boxer-punchers continued to elevate their stature within the sport, and certainly among Southern California boxing fans. 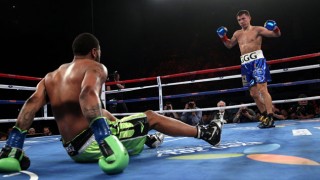 “His power is real, it was more than I expected,” Wade said. “I was trying to get comfortable in there but once he hits you it makes it very difficult to get comfortable. I could have done one or two things differently, maybe, but he’s a great champion and he does everything well.”

The fans in attendance recognize Golovkin’s ability and nobody seemed to mind the quick and non-competitive main event. Tom Loeffler of K2 Promotions, which represents Golovkin, says this is a testament to the 34-year-old Kazakhstan native’s growing popularity in the greater Los Angeles area.

“When we did the first fight in Southern California (in October 2014) Golovkin fought Marco Antonio Rubio, a Mexican fighter, and it seemed like the majority of fans were there for Gennady,” Loeffler said. “Last year, here (at The Forum) we had just under 13,000 (for Golovkin’s defense against Willie Monroe Jr.).

“You can see the popularity grow. It’s like the Mike Tyson effect. Fans like the excitement and drama and action and it doesn’t matter if it’s a short fight.” 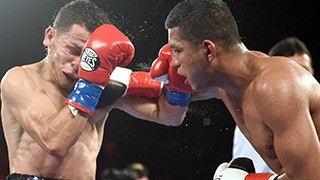 The fans were also entertained by the co-main event, which went 12 rounds. Gonzalez, who was in with McWilliams Arroyo, had to settle for outpointing the legitimate contender and former amateur star. The 28-year-old Nicaraguan retained his RING magazine and WBC flyweight titles via unanimous decision, but despite one-sided scorecards, he did not have an easy night.

Arroyo also fought well in spots, proving that he has world-class professional guts and durability to go with the skill and savvy most expected from an Olympian and world amateur champ. The 30-year-old Puerto Rican is as complete a fighter as Gonzalez, he just isn’t quite as sharp, fast, fluid and relentless as the reigning pound-for-pound king.

Arroyo wasn’t able to join his twin brother, McJoe (a 115-pound beltholder), as a major titleholder but he represented Puerto Rico as well as anyone could against a fighter as gifted and determined as Gonzalez, who might be at the tail end of his flyweight title reign.

The three-division titleholder (who previously held major belts at 105 and 108 pounds) rehydrated to 126 pounds after Friday’s weigh-in, prompting HBO’s Max Kellerman to ask if he’d fought his last bout at 112 pounds.

“I think I have one more year (at flyweight) then I will move to 115 (pounds, the junior bantamweight division),” Gonzalez told Kellerman during the HBO broadcast. 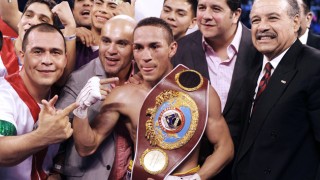 During the post-fight press conference, Loeffler, who co-promotes Gonzalez with Teiken Boxing, said he would push (with the help of HBO’s financing) for a showdown with WBO/WBA flyweight titleholder Juan Estrada – a fight he believes could headline The Forum.

That anticipated rematch (Gonzalez won the first bout by decision in 2012) would likely draw a sellout crowd and give Gonzalez the opportunity to step out from Golovkin’s shadow.

Golovkin, whose fights against Monroe and David Lemieux last year were supported by Gonzalez co-features, appreciates being paired with the talented Nicaraguan but he doesn’t need anyone’s help to sell tickets – especially here.

“It doesn’t matter who Golovkin fights in Southern California, the fans here want to see him,” said Loeffler.

Golovkin says he wants to be in with a higher caliber opponent next time, and if he had his way, it would be against a certain freckle-faced Mexican star who happens to hold THE RING and WBC middleweight titles. 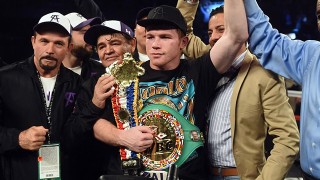 “I’m ready to fight everybody, but, of course, I want to fight Canelo,” Golovkin said during the post-fight press conference.

Canelo Alvarez has a May 7 date against Amir Khan, but the WBC has mandated that he and his promoter, Golden Boy Promotions, begin negotiations with K2 Promotions and Golovkin within 15 days after that HBO Pay-Per-View event.

Loeffler says Team Golovkin will push for the Canelo fight but will not wait around for it.

“Gennady wants to fight three times this year, so if Canelo doesn’t want to fight, he’ll lose the WBC title and we’ll find someone else,” said Loeffler. “Hopefully, Golovkin can fight in the summer and fall this year. There are other names out there at middleweight, such as (WBO titleholder) Billy Joe Saunders and Daniel Jacobs.”

A unification bout against Saunders would likely take place in the UK, a matchup with Brooklyn native Jacobs will probably land in New York City (where Golovkin also draws), and the bigtime showdown with Canelo would either go to Las Vegas or Texas, but if fights against those top middleweights don’t materialize any time soon, Golovkin – and “Chocolatito” – will always have a home at The Forum. 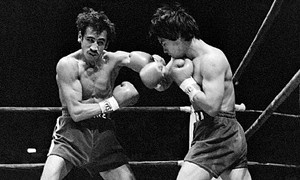 Zarate-Zamora took place at The Forum.

Their world-class punching power, sound boxing foundations, sharp technique, deft ring-cutting ability and – most importantly – their willingness to mix it up is appreciated by local fans, many of whom are the sons and daughters of fight fans who used to root for beloved Mexican bantamweight icons, such as Ruben Olivares and Carlos Zarate, two hall of famers who used to sellout The Forum.

The venue’s boxing history dates back to the late 1960s. When it was The “Fabulous” Forum in the ’70s, Olivares, Zarate, Alfonso Zamora and Jose Napoles (the welterweight champ from Cuba who was adopted by Mexican fans as Golovkin has been) were the boxing draws. When it was the Great Western Forum in the 1990s, Marco Antonio Barrera, Juan Manuel Marquez and Humberto “Chiquita” Gonzalez called the arena home.

The hall of famers (and future hall of famers) were all intelligent hunters – skilled technicians who knew how to put on a show and usually tried to close the show with a knockout. Golovkin and Gonzalez upheld this proud tradition on Saturday.