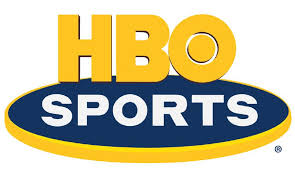 Tammy Ross, who worked at HBO for 24 years, including as Vice President and General Manager of HBO Pay-Per-View for 17 years with Mark Taffet, formally announced her decision to move on from the premium cable giant on Saturday, continuing a massive reboot at the company.

Her decision to leave HBO, which she made in December when her contract was set to expire, had been a poorly kept secret. But in deference to the newly promoted Peter Nelson, Ross, an attorney, didn’t want to make the announcement to coincide with his elevation within the HBO ranks. She also agreed to stay on to help ease HBO through another PPV show with Manny Pacquiao facing Timothy Bradley for a third time tonight.

“I felt like it was the right time to go,” Ross said in a phone interview. “Peter and I are very close and I’m so thrilled that he got the job and he can (impart) new fresh air into the department and the company and I didn’t want to leave him at a terrible disadvantage. It’s not like I feel that I’m quitting. I’ve been the consummate HBO person for 25 years, so I feel like I’ve given my best and they’ve given their best and we’re happy friends and we’re parting on great terms.”

For those keeping score at home, Ross’s departure marks the third high-level executive to leave HBO in the past seven months after HBO President Ken Hershman resigned in October and Taffet, who spearheaded HBO PPV, stepped down in November. Nelson was officially promoted to Executive VP of HBO Sports on Dec. 1 to lead the sports department.

Ross stayed on to help guide the network’s transition team through Pacquiao-Bradley. Her final day at the network is Saturday.

“I spoke to Bob (Arum) and Todd (DuBoef at Top Rank) and told them the Pacquiao show would go off without a hitch because there really wasn’t a person to transition to,” Ross said. “So I made sure that I trained the transition team and the fight all it’s due.”

Ross listed being able to work alongside Taffet as a highlight, as well as helping to shepherd HBO PPV through joint efforts with Showtime to put on Pacquiao’s historic fight with Floyd Mayweather Jr. last May and Mike Tyson’s heavyweight championship with Lennox Lewis in 2002. Ross was instrumental in creating HBO’s signature series “24-7” and “Face-Off with Max Kellerman,” which she described as being “so incredibly important to bring some human life and humanity to these fighters, so people could engage with.”

Ross said she planned to continue to work in the areas of sports and entertainment content, though not in boxing, avoiding specifics. “I really don’t want to take another corporate job,” she said. “I have some great business ideas and I’m working with some partners and investors to try and set up my own company. I won’t be consulting. I won’t be working in boxing. And I’m not going to go back to work for any corporation.”

A search has already started to find Ross’ replacement, an HBO spokesman said.