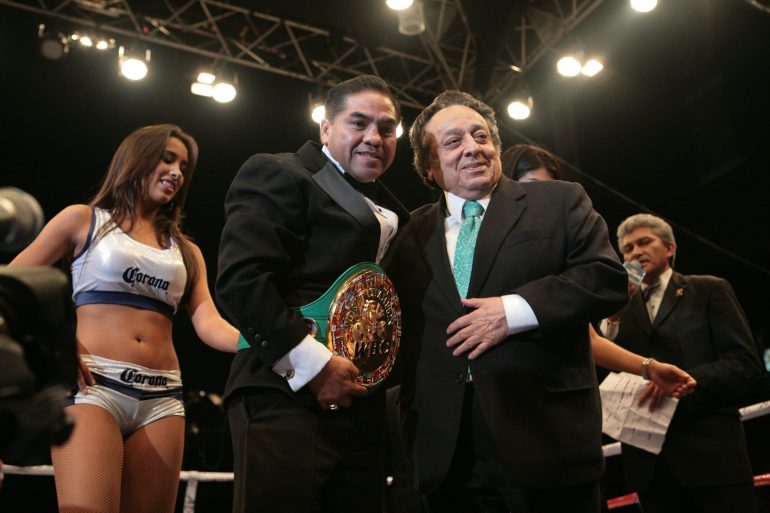 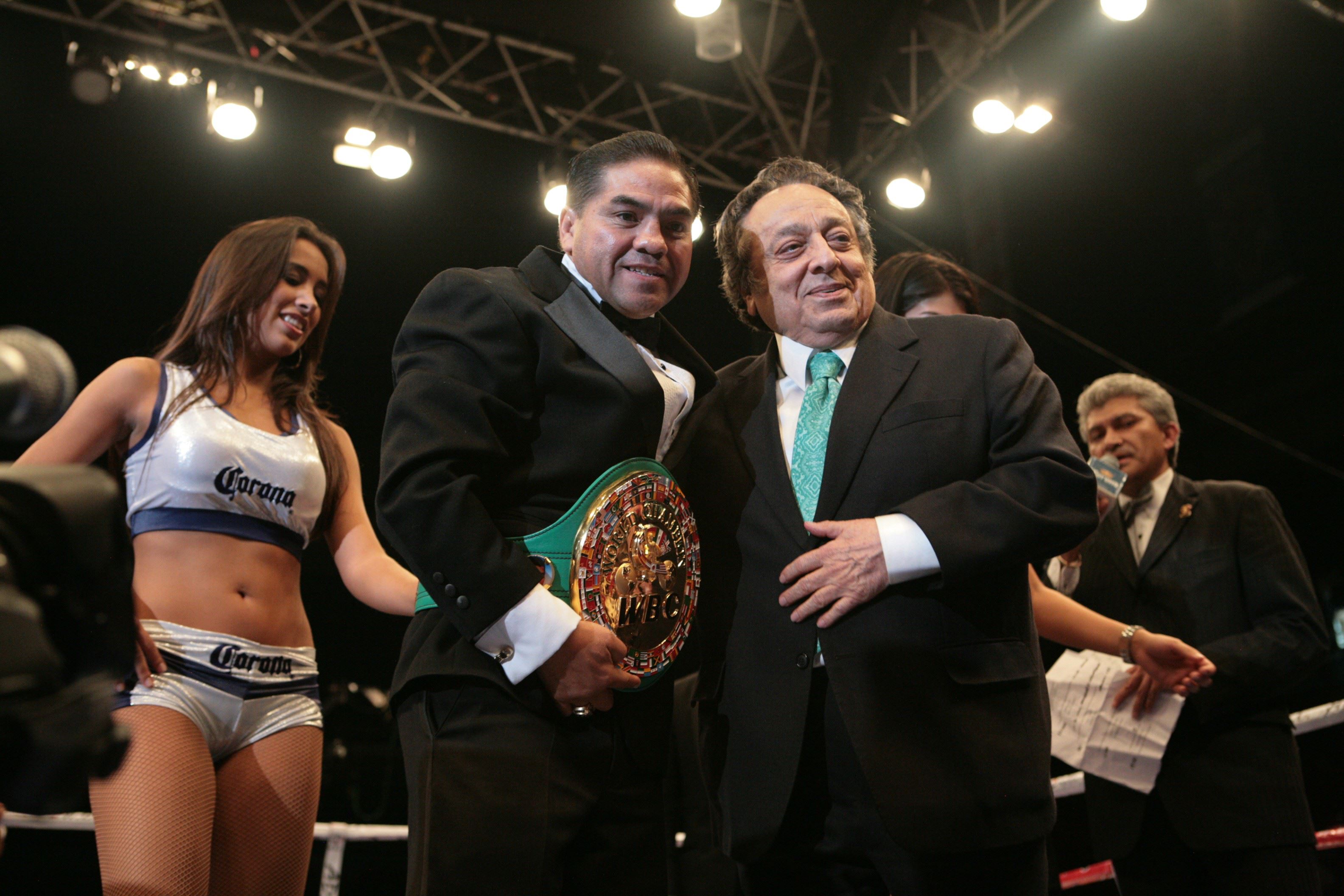 Legendary junior flyweight champion Humberto “Chiquita” Gonzalez turns 50 today. He sprang to prominence in the late-1980s and became one of the best fighters in the world in the early-’90s. He fought exclusively at 108 pounds, where he became a three-time champion.
Gonzalez’s early years were much like many other young fighters growing up in Mexico.

“I come from a tough and violent neighborhood in Nezahualc├│yotl, (in the state of Mexico City),” Gonzalez told RingTV.com through translator Paul Landeros, “but I was always a calm guy. I didn’t want any problems. I had a really good example from my father. He used to tell me, ‘There’s the gang; you only have to be respectful to them but you don’t have to hang with them. You don’t have to be friends with them.’

“I got into boxing because my father also trained. He took me to a lot of fights. We used to watch the Pipino Cuevas fights; that’s where the passion comes from. My father took me to train.”

The diminutive Mexican took to boxing like a duck to water. He won all 29 amateur contests and became Mexican Golden Gloves champion.

Gonzalez turned professional in Sept. of 1984 at 18. He won his first 19 fights almost exclusively in Mexico City. He won the National title and defended it twice before his big opportunity came in June ’89, when he beat Yul-Woo Lee by unanimous decision to win the WBC 108-pound title.

In total, Chiquita made five defenses before he surprisingly came unstuck against unheralded Filipino Rolando Pascua in the fall of ’90.

“The problem with that fight was overconfidence,” explained Gonzalez. “I thought (Pascua) was an easy guy. I stopped doing things I used to do in a fight. The overconfidence affected me. I thought I’d defeat him very easily but that didn’t happen and he defeated me.

“I was anxious to fight him again. I wanted the rematch but unfortunately I wasn’t able to get revenge because he lost his title in his first defense.”

“I felt I was going to fight Rolando Pascua (In a rematch) but he fought Melchor Cob Castro. I was willing Pascua to get the victory (so I could gain revenge); also the money was going to be better with Pascua than against a Mexican. Melchor Cob Castro (won and) became my opponent. I thought I had to give everything to defeat him; it wasn’t Pascua but I fought harder.”

Gonzalez bested his stablemate in Las Vegas to begin his second reign. He made four title defenses, three of them headlining at the Great Western Forum, where he was a popular attraction.

All the while, Michael Carbajal a popular, unbeaten, 1988 Olympic gold medalist from the United States was making a name for himself. Carbajal had won the IBF belt in the summer of 1990, running his record to 27-0. The two were on a collision course, meeting in March ’93 at the Hilton in Las Vegas in a fight that guaranteed both men an unheard of – for junior flyweights – one million dollars.

“La Explosion” didn’t disappoint. Gonzalez was getting the better of things and was ahead on the scorecards. However, while the American was losing the battle, he showed incredible heart to survive and some how muster a comeback to win the war by seventh round TKO.

“I was aware I had to be well-prepared for the fight because Carbajal was a top guy,” he said. “I was able to knock him down twice but I got tired and that’s when the hook came and he got the victory.”

In the aftermath, Gonzalez began working with the famed Nacho Beristain, the two set about getting a rematch: “He already knew I knew how to box. He already knew my skills but he exploited them more.”

It took 11 months but the two met in a rematch; this time, Gonzalez was much more controlled, boxing his way to a split decision victory.

“The first fight, if I had won, there wouldn’t have been a rematch but because (Carbajal) won, everyone wanted to see the rematch,” said the heavy-handed boxer-puncher. “The second time, what changed was the strategy. Good things come from defeat; because of that defeat, I was able to get the rematch and a really good payday.”
With things nicely poised, Gonzalez made Carbajal wait nine months for the rubbermatch. He took two fights before facing Carbajal in Mexico City. Again, Gonzalez got the better of things, winning the trilogy 2-1, this time by majority decision.

“We were very careful,” he said acknowledging his rival’s power. “We knew all the characteristics of Carbajal.”

Another title defense followed before he met Saman Sorjaturong in the summer of ’95. Gonzalez – 17-to-1 favorite – was winning but got caught and stopped by his Thai opponent in the seventh round.

“I never thought I was going to lose that fight,” he said. “In all the fights I lost, I think I was winning. That time in the last round, (I said to myself) ‘Let’s trade punches; let’s [take the] risk,’ and I got caught.”

Gonzalez twice fought in THE RING Magazine’s “Fight of the Year”, losing on each occasion, the first Carbajal bout and against Sorjaturong.
Surprisingly, at age 29, Gonzalez elected to retire. He did so with a record of 43-3, 30 knockouts going 15-3 in world title fights.

He was never tempted to come back: “It was in the plans to retire. I talked with my family, I told them, when I lost, I would retire. They weren’t prepared for that loss. It was unexpected. We thought the best thing to do was retire.”

The original plan called for Gonzalez to tour the world fighting in several of the countries where he had made a name for himself earlier in his career.

With that in mind, he was happy with whom he faced during his career.

“I didn’t focus on rivals,” he explained. “I focused on being the best, being world champion. No specific fighter.”

However, he does have something of a rivalry with former gym mate Ricardo Lopez.

To his credit, he never reneged on his retirement. In 2006, he was inducted into the International Boxing Hall of Fame. Also inducted, at the same time, was his former rival, Carbajal, with whom he now enjoys a good relationship. 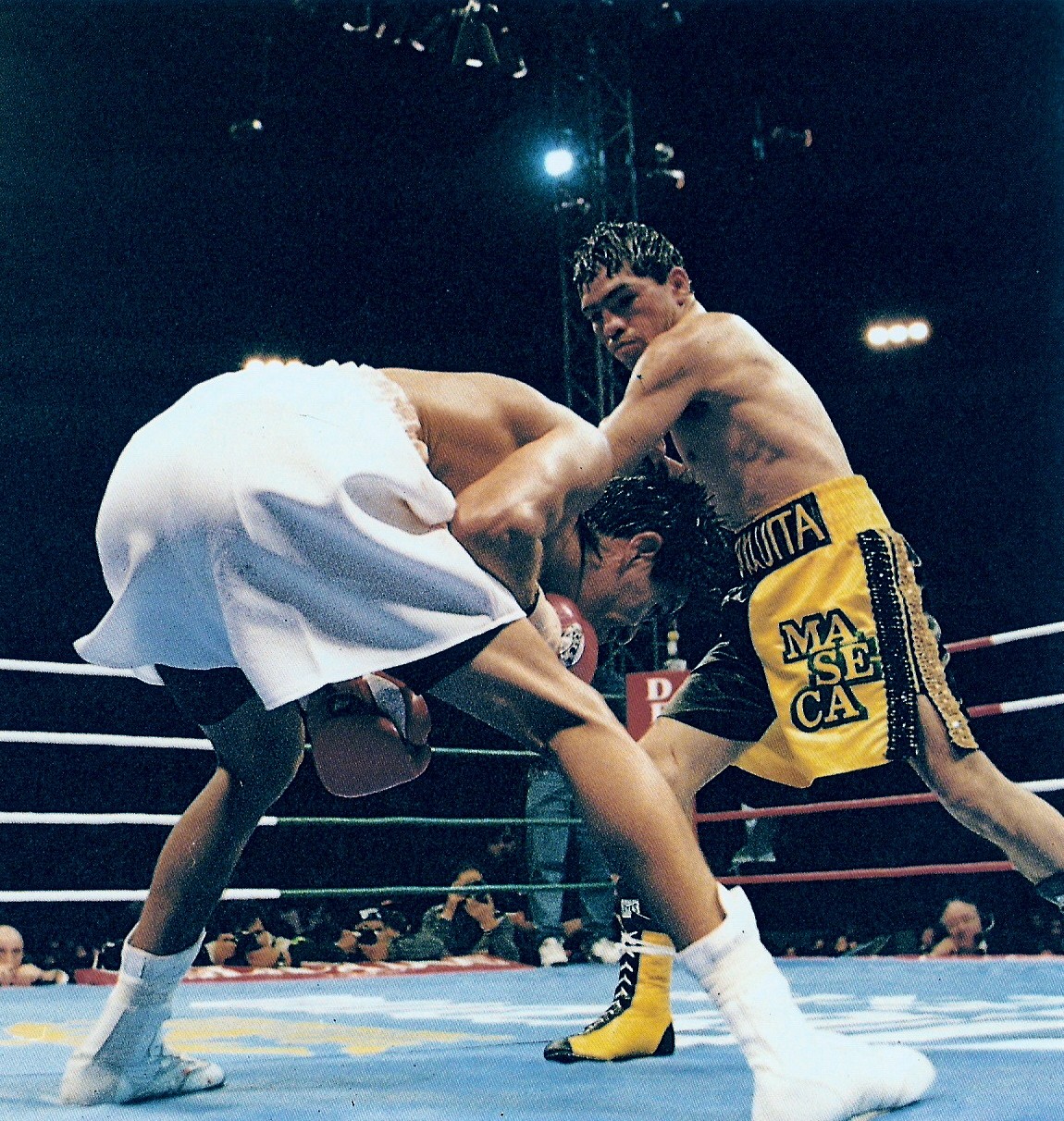 Although he achieved many things in boxing, there was one thing he is most proud of.

“It was something amazing for me because the historian guys appreciate, acknowledge all the things I did, all the arena’s I filled, all the fights, all the main events, all the pay-per-views, despite being a junior flyweight.”

Gonzalez is married to his wife Margarita and has four children. He is a successful businessman in Mexico City, owning three butcher shops and can occasionally be seen behind the counter. He owns a party events shop, called Marbet (a portmanteau of his and his wife’s names), and is also opening a branch of a franchise casino and says he would also like to open his own gym. He sometimes works as a commentator for TV Azteca. Away from boxing, Gonzalez an avid supporter of Mexican soccer team, Club America.

RingTV.com caught up with Gonzalez and spoke with him about the best he faced in 10 key categories.

BEST JAB
Michael Carbajal: He had a beautiful right jab. He had a very good reach, so I had to very careful to avoid that punch.

BEST DEFENSE
Carbajal: He was the guy with the best defense of anyone I faced. He moved with this technique (mimics holding his hands up) that, every time, I moved he was prepared to defend.

BEST CHIN
Jung Koo-Chang: After I won the title, I fought Chang. He surprised me. I felt I landed powerful punches and I thought, “I’m going to win,” but he stood up to all of them.

Domingo Sosa: It took place in Los Angeles at the Forum. He was unbeaten. He was very fast; he was very skillful and had a lot of resources.

FASTEST FEET
Saman Sorjaturong: The Thai guy used to move a lot. I think he moved because he feared me, so he was trying to avoid damage. That’s why he was fast in the ring. 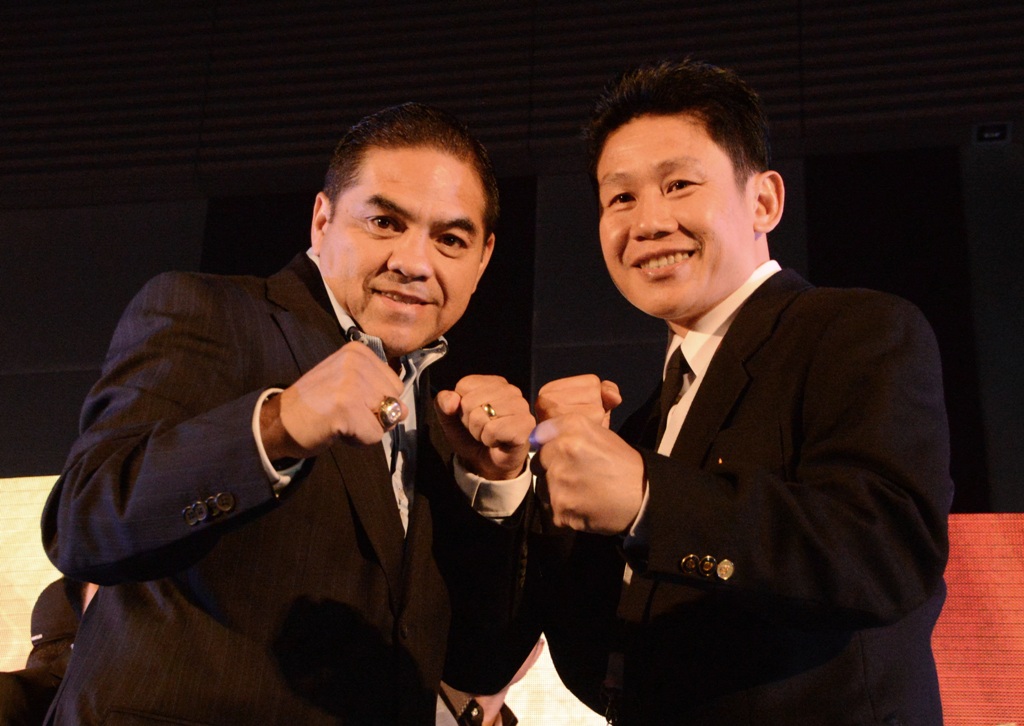 SMARTEST
Sorjaturong: All fighters have their own strategy. I was surprised by the last guy to beat me because he was very resourceful. He had a very good plan to defeat me.

STRONGEST
Carbajal: He fought hard. He was strong. He had power.

BEST PUNCHER
Carbajal: The biggest puncher I fought was Carbajal. From the very beginning, in our first fight, we gave everything. It was a war. I felt his punches more than anyone’s in my career.

BEST SKILLS
Carbajal: I fought everyone during my career. They all have different styles, I fought Colombians, Dominicans, Cubans and they were hard fighters. They were tall with good reach but I also fought Thai guys, Korean guys and Japanese guys. I really enjoyed those fights because they were offensive fights. They were always going forward. Michael Carbajal but because of all the things he represents.

BEST OVERALL
Carbajal: Michael Carbajal. He stood. He fought. He moved. He was able to do everything. It was very hard fighting him.
Questions and/or comments can be sent to Anson at [email protected] and you can follow him at www.twitter.com/AnsonWainwright