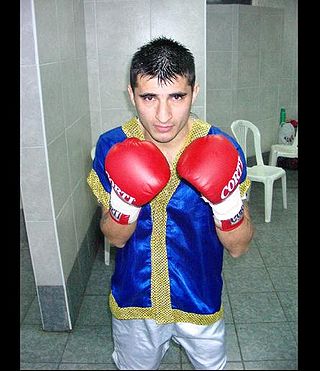 Even after suffering a loss in his last fight, junior lightweight Carlos Ruiz believes he is on the verge of becoming a contender.

Ruiz will fight Joel Montes De Oca this Friday night at the Auditorio Blackberry in Mexico City. The 10-round bout will top a ‘Boxeo Telemundo’ broadcast that will air on the Spanish-language network, beginning at 11:35 p.m. ET/ PT.

Ruiz (14-2, 5 KOs) lost a close decision over 10 rounds to former bantamweight and featherweight titleholder Hozumi Hasagawa in his last bout on Dec. 11 in Kobe, Japan. The fight came less than three months after Ruiz upset fringe contender Raul Centeno in a hard-fought 10-round unanimous decision win.

The Mexico City resident is 1-2 in his last three fights.

Junior lightweight Gabriel Perea who has won his last five bouts in a row, will fight Eduardo Cruces in a six-round bout. Cruces is winless in his last four bouts.

Francisco A. Salazar has written for RingTV since Oct. of 2013 and has covered boxing in Southern California and abroad since 2000. Francisco also covers boxing for the Ventura County (California) Star newspaper, Boxingscene.com, and Knockout Nation. He can be reached by email at [email protected] or on Twitter at FSalazarBoxing.