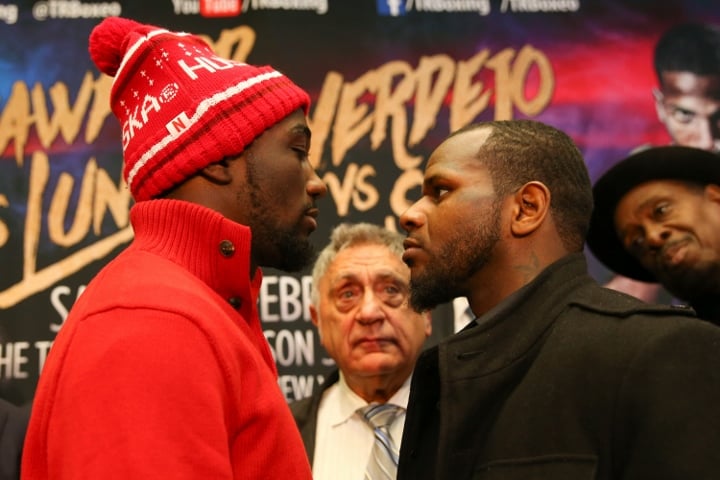 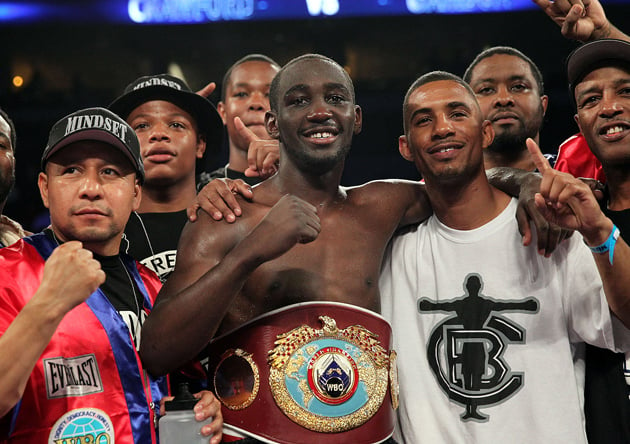 Terence Crawford and Hank Lundy both successfully weighed-in on Friday for their WBO junior welterweight bout and nobody got pushed or punched. Actually, they didn’t even pose-off to avoid any chance of mayhem. Crawford tipped the scales at a ripped 139.2 pounds while Lundy weighed 138.2 pounds and also appeared in exceptional shape for Saturday’s bout on HBO.

The scene was routine compared to Thursday’s hysterics when Crawford (27-0, 19 knockouts) took exception to something Lundy (26-5-1) said at the final press conference and shoved him hard during the ceremonial stare-down. Officials jumped in and Crawford was quickly whisked off the stage at Madison Square Garden, where the bout will take place in the Theater.

“No punches were thrown,” Crawford said as he walked off the stage. “He was just talking as usual.” Crawford seemed in good spirits on Friday as he commented on Lundy’s penchant for trash talking. “That’s what he does,” Crawford said. “He talks a lot and tries to hype everything but Team Crawford is ready. I’m going to do what I do best and that’s win.”