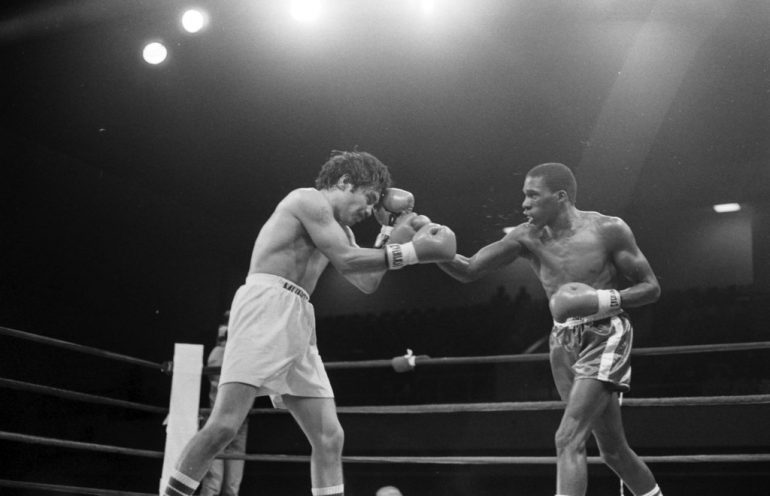 Today, Roger Mayweather is best known for being the uncle and former trainer of the best fighter of his generation, Floyd Mayweather Jr. However, in the 1980s through early-’90s, he was a very talented fighter in his own right, winning two world titles in as many weight classes.

Mayweather grew up in Grand Rapids, Michigan, the middle brother of three boys, all boxers. Floyd Sr., the eldest, was ranked at welterweight and Jeff, the youngest, was a mid-level lightweight. However, Roger excelled and was the most successful of the siblings.

Mayweather went 64-4 as an amateur before turning professional in the summer of 1981. He won his first 12 bouts and, after just 15 months as a pro, he won the USBA lightweight title, outpointing Ruben Munoz Jr.

“Knowing that I won multiple titles during my career, the title that I’m most proud of is my USBA title because it was my first title.” Mayweather told The Ring.

Just three months later, he was given the opportunity to face long-reigning WBA junior lightweight titlist Samuel Serrano. He had to travel to Puerto Rico to do so but it wasn’t a problem for the 22-year-old Mayweather, who lived up to his moniker “Black Mamba” striking in the eighth round for the knockout victory.

Looking back, he says it was his best win: “One of my best wins was against Sammy Serrano in Puerto Rico when I won the WBA junior lightweight title in 1983.”

Two successful title defenses followed before Mayweather surprisingly lost his belt to Rocky Lockridge in early-’84 by first round knockout. By mid-’85, he had worked his way back into title contention, meeting burgeoning Mexican star Julio Cesar Chavez for the WBC strap in Las Vegas. Mayweather was stopped in two rounds.

After the loss, Mayweather moved up to campaign as a lightweight, winning five out of six fights. He was matched with another rising star, Pernell Whitaker in March of 1987. Despite dropping the future Hall-of-Famer in the ninth round, Mayweather lost a unanimous decision.

After the Whitaker loss, Mayweather elected to again move up in weight. It proved to be a good move; two victories set him up for a WBC junior welterweight title shot against Rene Arredondo. Mayweather boxed terrifically, stopping the Mexican in six rounds.

After four successful title defenses, which included wins over Harold Brazier and Vinny Pazienza, Mayweather met Chavez in a rematch. Mayweather had been built up as “The Mexican Assassin” due to his wins over Mexican opposition. However, on this night in May of 1989, Mexico got its its revenge with “El Grande Campeon” stopping the American in 10 rounds. 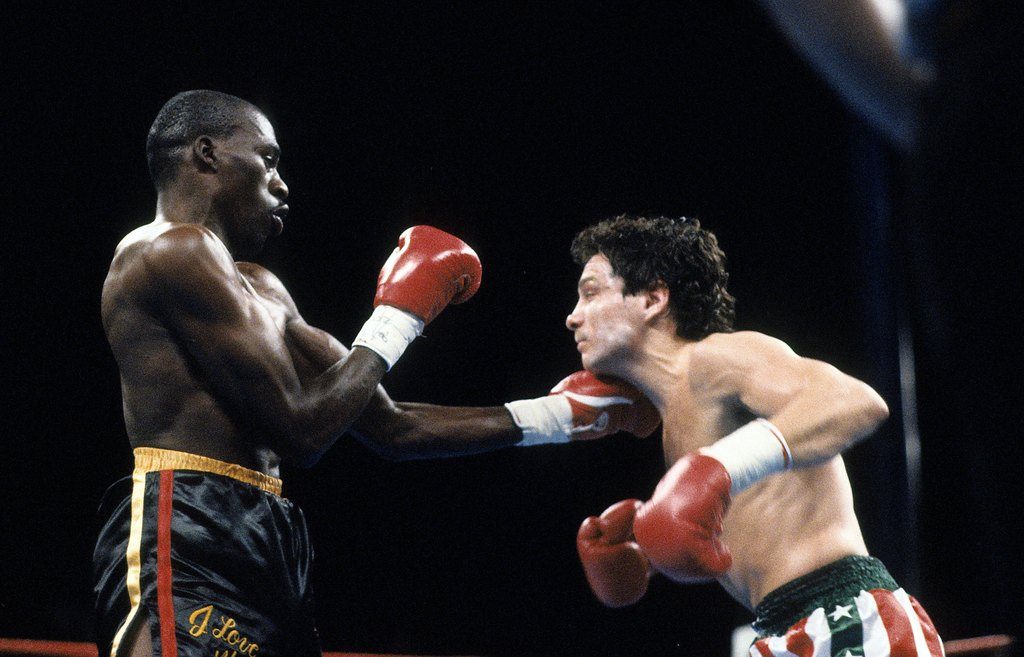 Mayweather fought on for 10 years, winning some, losing some, twice contesting world championships against Rafael Pineda and Kostya Tszyu but he never returned to world champion heights. Over the last couple years of his career, he fought sparsely because he also began training Floyd Mayweather Jr. He brought the curtain down on his own career in 1999, retiring with a very respectable mark of 59-13 (35 knockouts).

Mayweather, 54, lives in Las Vegas, is single and has two children. He looks forward to keeping the sport of boxing alive and continues to work with the young and up-and-coming boxers through the amateur program at the Mayweather Boxing Club.

He’s had his ups and downs with his health but he has refused to give in and let it get the better of him, showing the same spirit he once did inside the ring.

“I don’t think too much about my (health),” he said. “If I worry about being sick, then I will be sick. Instead, I get up everyday and go to the Mayweather Boxing Club where I train young kids and some adults too. I look forward to doing that every day. It’s one of the greatest things I enjoy. I like to train kids to learn about the sport of boxing.”

The Ring caught up with Mayweather and spoke with him about the best he faced in 10 key categories.

Whitaker: I would say that Pernell Whitaker for best defense too. He just had more skills than all the others during the time.

Whitaker: There wasn’t anyone as fast as me but I know Pernell Whitaker was fast. On top of that, he was left-handed.

Whitaker: Pernell Whitaker was well-schooled, footwork-wise, and in boxing ability too.

Juan Soberanes: Let me see…I know Julio had the best chin but I think that Juan Soberanes was strong too. I remember my loss in Laughlin, Nevada, to him. I felt like I was the better fighter going into the fight but he was tough and came out on top.

Soberanes: There were quite a few of them that could punch. It’s hard to pick one. A few of them had me on the floor. I’m going to say Juan Soberanes for this one.

Chavez and Whitaker: A couple had good skills: Julio Cesar Chavez and Pernell Whitaker. These were the best fighters during the time. Neither one of them had lost. They were well-schooled, as far as boxing goes. Hector Camacho (with whom Mayweather sparred) was a good fighter too. We boxed a lot but never fought (professionally). He was gifted too.