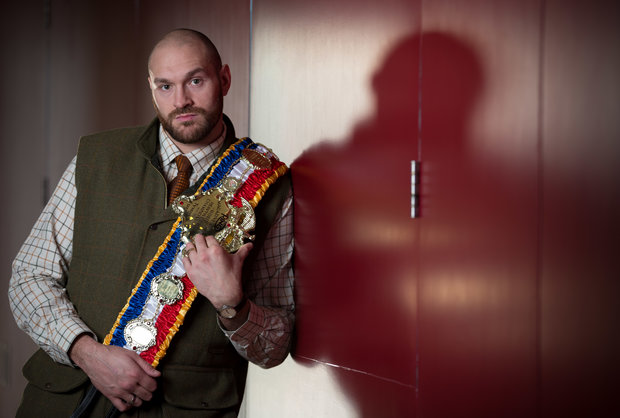 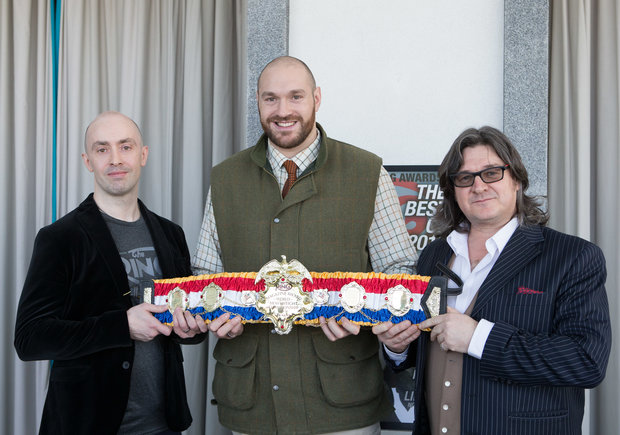 Fury scored a 12-round unanimous decision over long-reigning titleholder Wladimir Klitschko on Nov. 28, 2015, in Dusseldorf, Germany, a victory that sent shock waves through the boxing world and brought Fury the RING heavyweight championship.

THE RING was founded in 1922 and, since then, only one other British heavyweight, Lennox Lewis (2002-2004), has laid claim to the iconic prize. The significance of that was clearly not lost on the 6-foot-9 champion, who was beaming from the moment he entered the plush Midland hotel in Morecambe, England, to receive his new belt.

“It’s an honor to be presented with the RING heavyweight championship belt,” said Fury, who was accompanied by wife Paris and father John on Wednesday afternoon.

“THE RING (belt) hashtags the number one (fighter) in any weight division and it ranks above all the belts, to be honest. I always said I would be RING heavyweight champion of the world and now I am — I’ve accomplished my dreams.”

Michael Rosenthal, editor-in-chief of the “Bible of Boxing,” was unable to attend the event but kindly forwarded his thoughts on another of Fury’s accomplishments.

He said, “I want to congratulate Tyson on being selected as THE RING Fighter of the Year for 2015. You told the world exactly what you were going to do against Wladimir Klitschko and then you did it, even when so many before you had failed. You deserve this honor.”

Fury, who also holds the WBA and WBO heavyweight titles, is only the second British fighter in the magazine’s history to claim Fighter of the Year honors. The other was fellow Manchester star, and friend, Ricky Hatton in 2005.