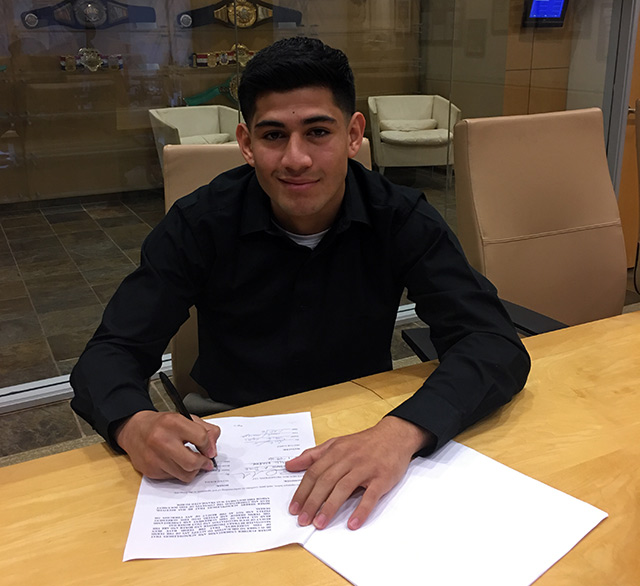 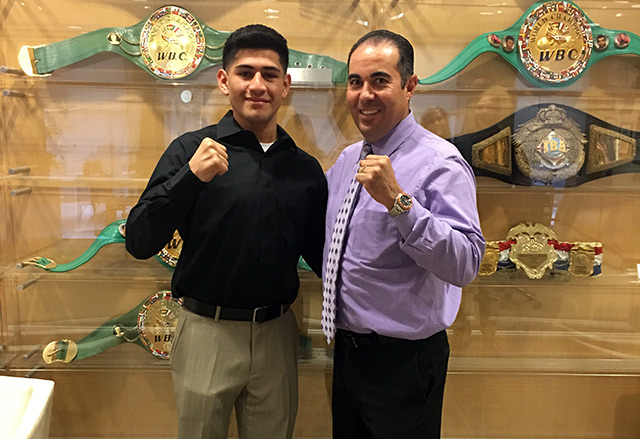 The following press release was issued on Monday by Golden Boy Promotions:
LOS ANGELES (Jan. 25, 2016) – Southpaw amateur standout, Alexis Rocha of Santa Ana, Calif. has signed a promotional contract with Golden Boy Promotions today and will make his highly anticipated professional debut on the March 4 edition of LA FIGHT CLUB in downtown Los Angeles. The six-time national champion will be following in the footsteps of older brother and current WBC Silver Featherweight Champion, Ronny Rios, who signed on with Golden Boy Promotions early in his career in 2009.
“Golden Boy Promotions has always treated us like family and I am excited to start this new phase of my career,” said Alexis Rocha. “When the opportunity came to make the transition and become a professional fighter, the decision was easy. I want to make Golden Boy proud.”
“I’m pleased that Golden Boy Promotions has added another top talent to its stable with Alexis Rocha,” said Oscar De La Hoya, Chairman and CEO of Golden Boy Promotions. “Alexis has an incredible story, one that I hope inspires many other children and young adults to work hard and lead healthy lifestyles. I know Alexis will shine in his professional debut because he has the talent and the drive to become a champion.”
“I have been working with Golden Boy Promotions for a number of years now and it definitely made our decision much easier,” said Hector Lopez, trainer to Alexis Rocha. “It just made sense to keep the brothers together and be part of the same family at Golden Boy. I have witnessed first-hand Golden Boy’s ability to nurture fighters and shape them into champions and am confident that this was right decision for Alexis.”
At 14-years of age, Alexis Rocha was the youngest fighter to win a gold medal at the Junior Olympics in 2012 and caught the attention of the boxing world as he continued on to become a six-time national champion during his amateur career. Although he came from a boxing family where both his older brothers boxed professionally, Rocha turned to boxing at 13 years old to fight his way back to health and combat childhood obesity. Starting at over 200 pounds, Rocha looked to older brother Ronny Rios, for help and inspiration. They began training together and Rocha dropped to 147 pounds and six months later he starting competing. Now, Rocha will be looking to impress in his professional debut on March 4 at the popular Los Angeles boxing series LA FIGHT CLUB.
For more information, visit www.goldenboypromotions.com and follow on Twitter @GoldenBoyBoxing, and @OscarDeLaHoya, become a fan on Facebook at www.Facebook.com/GoldenBoyBoxing or follow on Instagram @GoldenBoyBoxing @OscarDeLaHoya and @alexisrocha777.