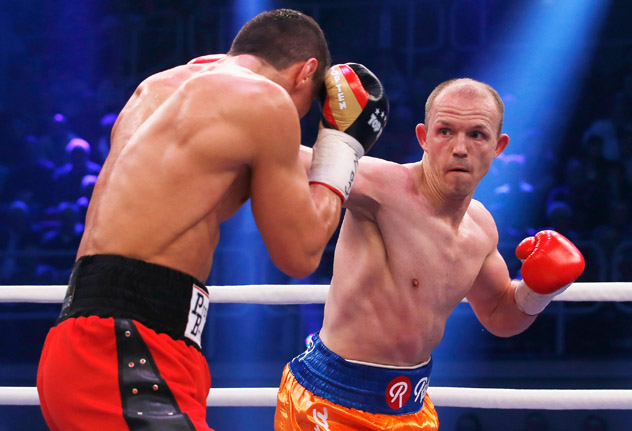 The bout was originally scheduled to take place last November in Monaco before a hand injury suffered by Braehmer forced the fight’s postponement. Now fully fit, THE RING No. 6 rated light heavyweight is looking forward to mixing it with the 6ft 4 Oosthuizen.

“His height doesn’t bother me. I have always done well against taller opponents,” said Braehmer. ”Enzo Maccarinelli was a similar size and I stopped him inside the distance. Regardless of his size, whether by KO or points – I will be sending the South African home empty handed.”

The 37-year-old southpaw will face tough opposition from Oosthuizen, who is unbeaten in his 27 professional contests, and will be travelling to Germany full of confidence.

“It is great news that the fight is going ahead,” he said. ”Let’s hope Braehmer doesn’t come up with another excuse not to fight me. I’m definitely going to cash in on my skill, speed, youth, power and agility to win the fight. I’ll put him away for sure. You’ll hear nothing from the scorecards.”

Promoter Kalle Sauerland expects Braehmer to prove his worth by inflicting the challenger’s first defeat. ”This will be a technically high-class fight,” said Sauerland. ”Oosthuizen is a dangerous, undefeated opponent, and by beating him, Juergen can prove why he is considered among the best light heavyweights on the planet.”

Rodney Berman, Oosthuizen’s promoter, said: “Juergen Braehmer is ranked in the top six in the world in all the ratings that count. Tommy Oosthuizen wants to be in this position and he sees Braehmer as the stepping-stone towards that goal. I can’t see Braehmer living with a fit and motivated Tommy Oosthuizen.”

Editor’s Note: Braehmer will be defending a WBA version of the light heavyweight title which is unrecognized by THE RING.

Tickets for the fight between Juergen Braehmer and Thomas Oosthuizen are available online via www.tickethall.de and www.eventim.de