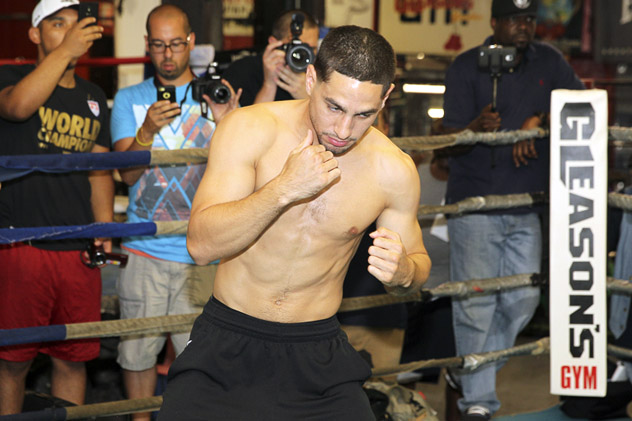 Guerrero was only 2-2 going into the fight, leading some to believe he was in decline. However, he looked sharp and fit playing the role of the pursuer. That was OK with Garcia, who was content to counterpunch. He waited for opportunities and them seized them, landing perfect shots to the head time and again.

Garcia seemed to take firm control in a one-sided sixth round, during which he landed as many as a dozen powerful punches to the head that would’ve stopped a lesser opponent. Neither fighter was hurt seriously.