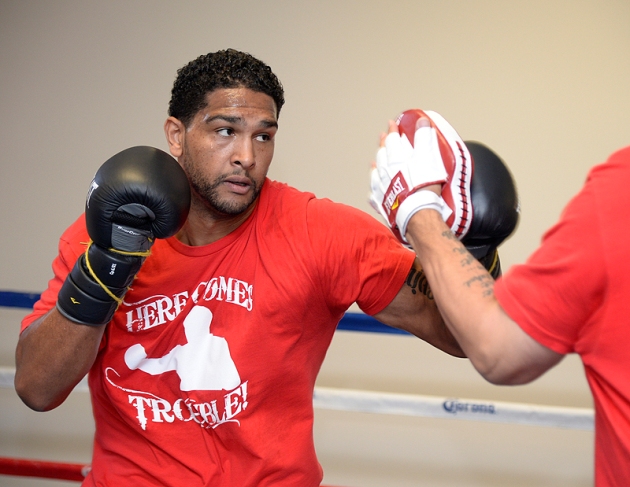 LOS ANGELES — Heavyweight prospect Dominic Breazeale remained unbeaten but it was anything but easy.

Breazeale survived a serious challenge from Amir Mansour — including a big right that put the 2012 U.S. Olympian down in Round 3 — to win by a fifth-round knockout on the Danny Garcia-Robert Guerrero undercard Saturday at Staples Center.

Mansour (22-2-1, 16 knockouts) attacked Breazeale (17-0, 15 KOs) from the opening bell, scoring with hard shots to the body and head. Breazeale survived the knockdown but seemed to be behind on the cards going into the fifth round. However, Breazeale had a strong Round 5, during which he landed some hard, telling blows to Mansour’s face.

Mansour decided to stay on his stool rather than come out for Round 6, apparently complaining of a possible jaw injury.

When told that Mansour might’ve suffered a broken jaw, Breazeale said: “Yikes! It looks like I have some punching power after all.”