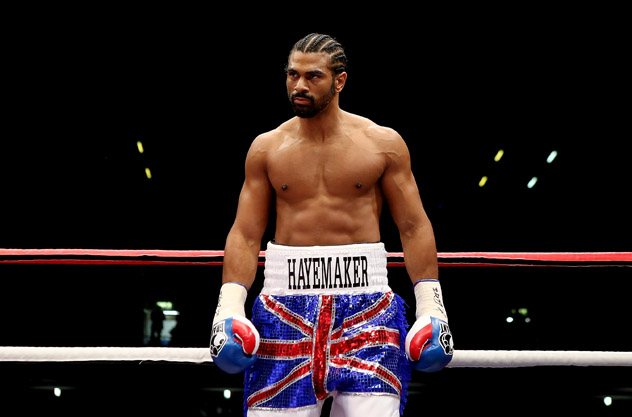 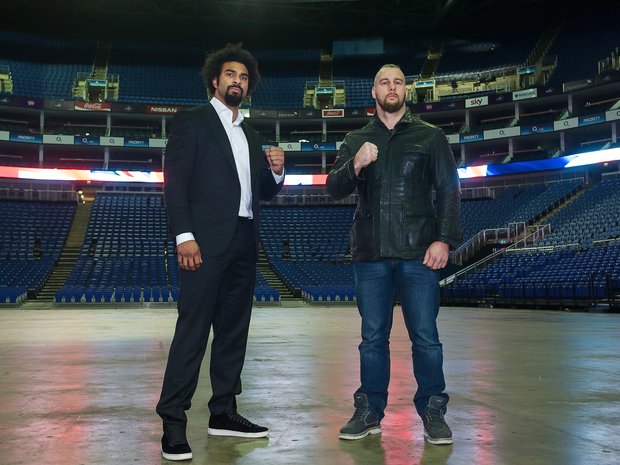 The timing on David Haye’s second coming could have been sponsored by Rolex. Only days after the former WBA heavyweight titleholder announced that he would return from a three-and-a-half-year layoff to face Mark de Mori on Jan. 16 in London, England, the glamor division was turned upside down.

Haye’s countryman, Tyson Fury outpointed Wladimir Klitschko to annex THE RING heavyweight title and several major belts in November, bringing to life a division that had been cryogenically frozen for a decade. No longer does Dr. Steelhammer rule with an iron hand. A new breed is closing in fast.

However, at 35 years old, Haye hardly qualifies as new kid on the block and candidly acknowledged that his long-term inactivity is of significant concern.

“It’s the unknown because I’ve never had this length of time off in my career,” said Haye, who also held RING, WBC and WBO cruiserweight titles. “A lot of people are saying that I’ll experience ring rust and timing issues, and I did encounter those problems during the early stages of training camp.

“If my timing is off on Saturday and I miss some punches, or get caught with some punches then it could make for a very entertaining fight. I’ve trained hard and I’m as confident as can be expected, so hopefully I’m back to my best and my timing will be spot on. Still, would I bet my life on it? No, I wouldn’t.”

Inactivity isn’t the only issue. In 2013, Haye was scheduled to face Tyson Fury in a lucrative British pay-per-view extravaganza but pulled out on two occasions. The first time was due to a cut but following a second withdrawal, he disclosed that reconstructive surgery was required on his right shoulder, a setback which was initially thought to be career ending.

Haye addressed if his injury and surgical history proved detrimental when it came to his renowned strength and conditioning work for Saturday’s fight.

“We had to put real emphasis on injury prevention because, as everyone knows, I’ve had a lot of bad luck over the last few years,” he said. “I still incorporated explosive work into my training but in a different way. I’ve also had plenty of massage therapy and focused on nutrition and rest.

“The explosive work I have completed may be less than what I did for prior fights but I carried injuries into the ring back then. My routine now is to do 20-30 percent less and come into a fight in perfect health. The paramount objective was to avoid serious injury while getting into top shape.”

The man responsible for putting together David Haye 2.0 is Shane McGuigan. The son of former WBA featherweight champion Barry is also head trainer for IBF junior featherweight titleholder Carl Frampton and former world title challenger George Groves. McGuigan is forging a strong reputation as one of the most sought after coaches on the British boxing scene.

“Shane provides a fresh pair of eyes and because the setup is new we’ve been able to go back to the basics,” said Haye, who split with long-time trainer Adam Booth in 2014.

“We’ve obviously worked on the attributes that got me to where I was but Shane is also very keen to add to my game. He wants to make sure that the punches I throw are thrown for a reason. It’s not just a case of throwing shots, but timing things correctly and maintaining the quality of each punch.” 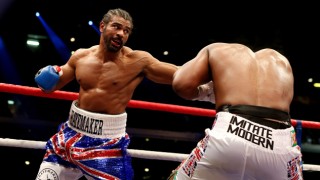 If Haye (26-2, 24 knockouts) wants to punch swap with quality opponents then he must first overcome De Mori (30-1-2, 26 KOs). The 33-year-old brawler from Australia began his professional boxing career at home, but has since relocated to Croatia and fought predominantly on German soil over the last couple of years.

“I hadn’t really heard anything about De Mori,” admitted Haye. “He had a top ten ranking with the WBA and a good record, so I talked to Shane who agreed that he was a big strong guy who could extend me a few rounds.

“Granted, he hasn’t fought anyone on my level but that can be misleading. Remember, Deontay Wilder hadn’t fought anyone until he won the WBC title from Bermane Stiverne. De Mori was contracted to Don King for a while and was promised a title fight which didn’t materialize, so this is his big shot against a former champion.

Haye continued, “Style wise he’s very aggressive and a big puncher. He’s similar to Dereck Chisora, in that he likes to bore in at you and rough you up. That’s what I’ve been training for and I want to land some big shots early doors. I can’t think of anything better than welcoming him to the big league with a ‘Hayemaker’ right on the chin.”

If the comeback bout goes to plan then there are huge fights in the offing. Despite the fact that no world title would be on the line at this stage, a bout between Haye and unbeaten countryman Anthony Joshua could potentially be record breaking in the U.K.

“He’s doing fantastically well right now,” said Haye of the London 2012 Olympic gold medalist. “Anthony Joshua is 15-0, 15 knockouts, and world ranked. There were question marks prior to his fight against Dillian Whyte, with people asking if he could take a punch. Well, he took a big punch from Whyte, overcame a couple of rough patches, and knocked out a guy who had never been in trouble.

“As far as I’m concerned, Anthony Joshua has proven himself a force to be reckoned with and a fight between us could be one of the biggest all-British heavyweight clashes in history. Maybe the biggest. I relish those nights and I want the opportunity to take part in the big heavyweight fights that fans will remember for years to come.”

The biggest name in heavyweight boxing right now is the aforementioned Fury, who is likely to face Klitschko in an immediate rematch in April or May. Haye had Fury a big winner in November but is unsure if the same cautious boxing tactics will work for THE RING Fighter of the Year second time around.

“I’m not sure that Tyson Fury will get the decision if the rematch goes the same way as the first fight,” said Haye. “I had Fury winning decisively but the judges had it closer than I did. Therefore, if Wladimir throws an extra 10 punches or so a round, it’s conceivable that he could win on points.

“It’s down to the judges and how much desire Wladimir has left. If his desire is as low as it was in November then I’ll be surprised if he lasts the distance. Fury’s confidence will have grown and he’ll be all over him from the start. There is also the possibility that Wladimir took Fury lightly last time.”

Haye acknowledges that he’s several months, and maybe even a year, away from his own heavyweight title bout but that is perhaps a sign of how seriously he is taking this comeback. De Mori, a significant underdog, is unlikely to pose the Englishman any problems unless his skills have seriously eroded.

Haye said, “I want to be back on the heavyweight map and give fans big fights. I don’t see me getting any belts this year but I want to get myself into position to challenge for one. I see a tough fight with De Mori but I will come through and win by knockout.”

David Haye takes on Mark de Mori at The O2 in London on Saturday, January 16. For tickets to #HayeDay visit axs.com or watch the fight live and exclusive on Dave from 9.00pm in the U.K.