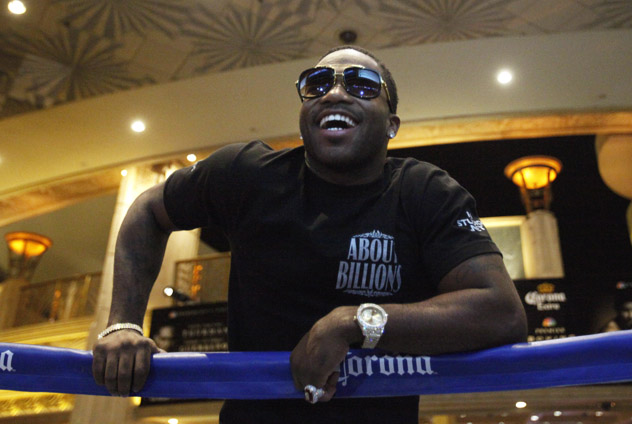 The winnowing process for who might get that last tango with Manny Pacquiao has apparently become more bloated. The names were whittled down to three, maybe a month ago, with Tim Bradley seemingly in the lead and Terence Crawford and Amir Khan in the mix. Now “Pacman” adviser Michael Koncz told reporter Nick Giongco that we can add Adrien Broner to the possible list. Oh, and I also heard another name whispered from a pal in Rumorville–Ruslan Provodnikov.

I messaged Koncz to ask about the Russian and will insert his reply if one arrives.

As for Broner, I touched base with his coach, Mike Stafford, the genial paternal figure who’s been with “AB” since the kid was actually a kid. “You know me; I do not turn down no big fight! It is what it is!” he said.

And if Pacman did select Broner to be his final foe, what would that look like? Easy work? Or a tough out?

“I just want to say Adrien knows how to fight a southpaw,” Stafford said. “He grew up fighting southpaw and he’s a southpaw also. I just changed him up to be a right-hander.”

Gang, your thoughts? You think AB has a shot to get the “MP” gig?

You can read more Michael Woods at NYFights.com…you know, if you want to. I mean, you don’t have to do anything you don’t want to. Just sayin.’ But it’d sure be cool if you did.