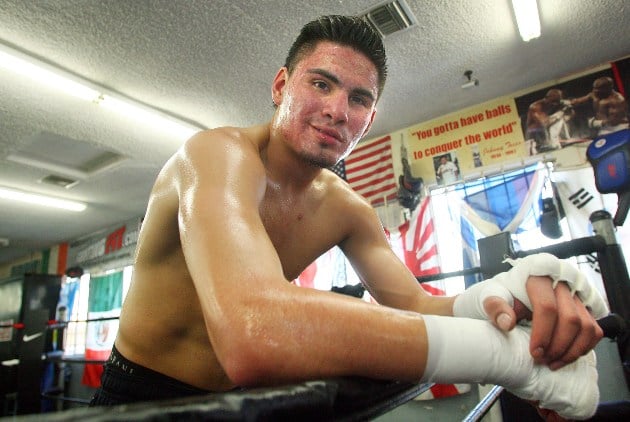 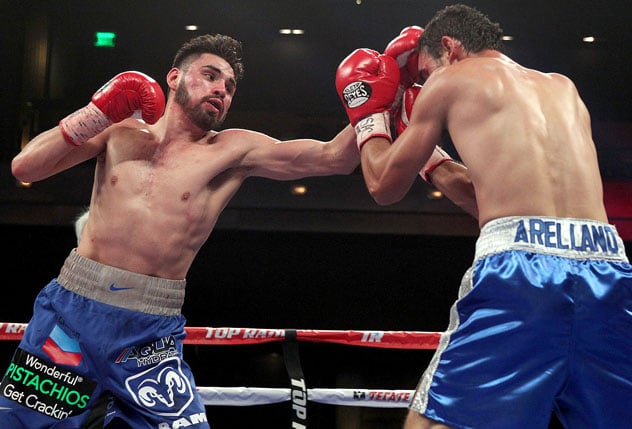 Jose Ramirez does not just fight for himself.

He is fighting for his family. And a town. And an entire region.

The San Joaquin Valley is known for its vast farmlands, which is the livelihood for growers and the countless agricultural workers who toil in the fields.

As a boy, Jose Ramirez remembers the early mornings where he would tag along with his father, who works on a farm near their hometown of Avenal. Whether it is summer day where the temperature reaches 100 degrees in the shade or a rainy day in January, Ramirez saw firsthand what his father and others did to provide a living.

While Ramirez represented the United States in the 2012 Olympic Games in London, signed with a major promoter in Top Rank, and put together an unbeaten record as a pro, he does not forget where he comes from.

Ramirez fights opponents in a ring, but he makes time to fight for a worthy cause as well.

Ramirez will fight Johnny Garcia this Saturday night at the Save Mart Center in Fresno, Calif. The eight-round bout will headline a Top Rank card and will be broadcast live on UniMas, beginning at 11 p.m. ET/ PT.

This will mark the fourth time Ramirez will fight in Fresno as a pro. His previous three fights were held at Selland Arena, where crowds upwards of over 8,000 filled the arena to watch Ramirez.

The 23-year-old Ramirez was scheduled to fight on Sep. 26 in nearby Lemoore, but a hand injury postponed the fight until he was able to fully recover.

Garcia (19-3-1, 11 KOs) will have the unenviable task of fighting Ramirez in his hometown, despite the face he is winless in his last three fights. Ramirez has gained a tremendous amount of knowledge from having Freddie Roach as his trainer, but to also spar some of the best fighters in boxing at the Wild Card Gym in Hollywood, Calif.

“(Garcia) has a decent record and I don’t take anyone lightly,” Ramirez told RingTV.com in an interview over the phone. “He’s going to come in motivated because I’m his obstacle to bigger and better fights. I have to focus on what I have to do. I want to make a statement in each of my fights and this one is no exception. I feel that there’s no reason for me to lose these types of fights.”

“I don’t carry any doubt in my mind. I have a lot of confidence right now.”

Ramirez is unbeaten like most of his Olympic teammates from the 2012 London Games. He still maintains a speaking relationship with a number of them.

Some of these fighters have slowly transitioning themselves from prospects into contenders, like Errol Spence or Joseph Diaz, Jr.

While there are often comparisons from writers and boxing fans as to which fighters could become world champions, and which will not, Ramirez does not get caught up in that. He is young enough to where his learning curve is greater than others and he believes his time will come.

“Some of my Olympic teammates are older, so I could see that talk focus more on them,” said Ramirez, who is promoted by Top Rank. “I’m still young. There’s no rush for me to become a world champion. I’m not focused about becoming a world champion right now, but it’s something I strive for. I may have a lot to learn in the pro ranks, but I see what it takes to being a world champion by the amount of sparring sessions I have with (Miguel) Cotto, and Manny (Pacquiao).”

Ramirez may not focus on the world title belts at the moment, but other items that are important to him do. Ramirez is involved in the Latino Water Coalition, a non-profit organization that has drawn attention to the water shortages in the San Joaquin Valley.

California has been affected by a severe drought in recent years. Some growers in the state have scaled back on the number of acres to grow crops, but in the breadbasket that is the San Joaquin Valley, the water shortage has affected numerous growers and farmworkers who work the land.

Legislative bonds have allowed for water to be used with more regularity, but according to Ramirez, more needs to be done. Ramirez has spoken at the State Capitol in Sacramento to address these concerns.

“My Dad means everything to me and this water initiative is something that I’m proud of because it would help people like my Dad. Not only am I fighting for water, along with the Latino Water Coalition, but we’re fighting for our future. More needs to be done because water is such an important thing for the people in the Valley. All types of jobs are affected and without water, many would lose their jobs in the fields. This means everything to me.”

When Ramirez climbs into the ring on Saturday night, he will have thousands cheering his name. As time passes, these crowds could get bigger and a possible elimination bout could be in the works.

For now, his focus is on Johnny Garcia.

“There were times when people would mention me and headlining the Save Mart Center. I’m honored to headline the first boxing card there. It’s finally happening. It’s going to hit me more when I walk to the ring and I stand across the ring from my opponent.”

“I’m very motivated for Saturday. I can’t see myself losing at home.”