Is Fury-Klitschko II already in the making? 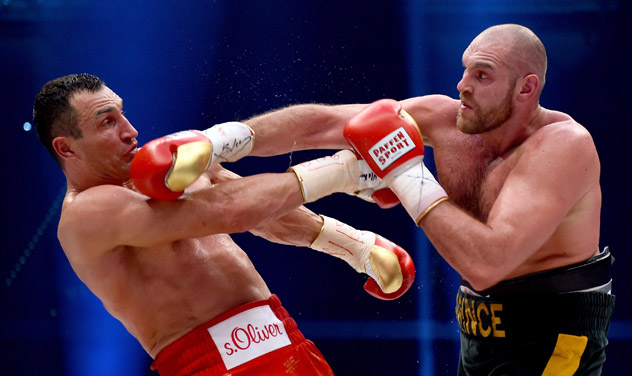 The big lad is sopping up all the juices of euphoria following the Saturday downing of the long-reigning king of the heavyweight class in D├╝sseldorf, Germany. But while new RING champion Tyson Fury exults, the conquered pugilist-specialist Wladimir Klitschko ponders, interprets and plots his re-ascendency.
And he’s keen to rectify what went wrong soon.
“Immediate rematch” is the plan for Wlad, said Team Klitschko executive Bernd Boente.
I asked him if Fury had the contractual leeway to take an interim bout before a rematch or no. The answer is no. Boente said the next bout for both men would be a sequel to their tangle.
Too early to say when or where but, to be sure, interest in the re-do will surpass the original. Does Tyson have Wlad’s number? Can Klitschko hit the reset button and return to earlier form?
We shall see, soon-ish…
Read Woods on Twitter @Woodsy1069