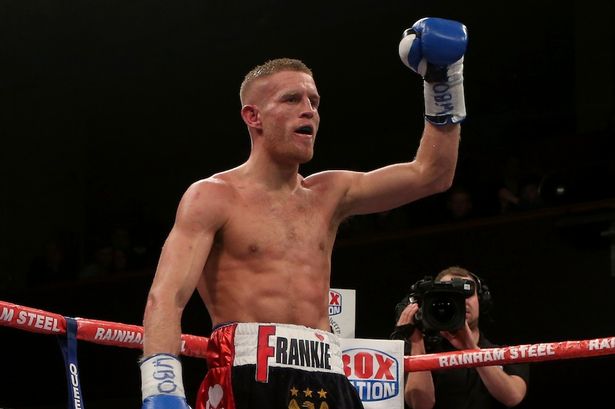 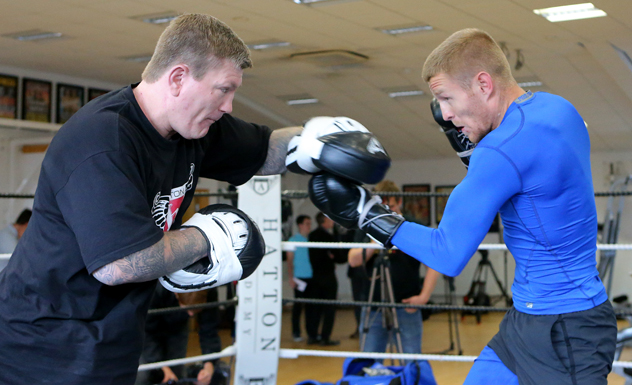 Flanagan, rated No. 6 by THE RING at 135 pounds, will make the second defense of his title against Liverpool’s Mathews with plenty of pride and honor at stake.

“It’s a fight that both of us have wanted so let’s get down to business and settle this,” said Flanagan who has won 26 straight fights.

“I’m more than confident of winning so I’ve got no problem heading into his backyard and beating him in front of his home fans. I’ve got massive support in Liverpool as well so I’ll have some of the crowd behind me. I’m looking to make a big statement against Mathews. His style is made for me and I can see myself breaking him down from the start and getting the stoppage.”

Southpaw Flanagan is coming off a devastating performance in October, when he smashed his mandatory challenger Diego Magdaleno inside two rounds in a career-best performance to solidify his championship credentials.

Mathews has been gunning for revenge against Flanagan ever since a ‘Prizefighter’ tournament loss three years ago. The 32-year-old has been involved in several domestic thrillers including two with new WBA titleholder Anthony Crolla and Gavin Rees.

“Flanagan is a great champion, but I’ll bring his brief reign to an end,” Mathews said. “It’s a fight that I know I’ll win, although it’s not going to be easy because he’s a good fighter. The fire is in my belly for this one and I’m hungry to win and prove that I’m the best.

“I’m going to take him deep into the trenches over 12 rounds and let’s see how he reacts when it’s really put on him. I will give him absolute nightmares and my tactics will be spot on to get the stoppage. Revenge will be sweet when I win the world title.”

Promoter Frank Warren said, “You can’t beat an all-British world title fight for rivalry and passion and Flanagan versus Mathews has it all plus the revenge angle which adds more spice to the fight.

“Flanagan is the world champion and he showed how ferocious he can be when he destroyed Magdaleno in what was, for me, one of the best performances by a defending British world champion in many years.

Warren continued, “He’s going to be up against it with Mathews who’s got the experience to cause him plenty of problems. He’s certainly fired up for the fight with so much riding on the outcome for the winner and the loser.”

Tickets will go on sale on Monday 30th November with further details to follow.