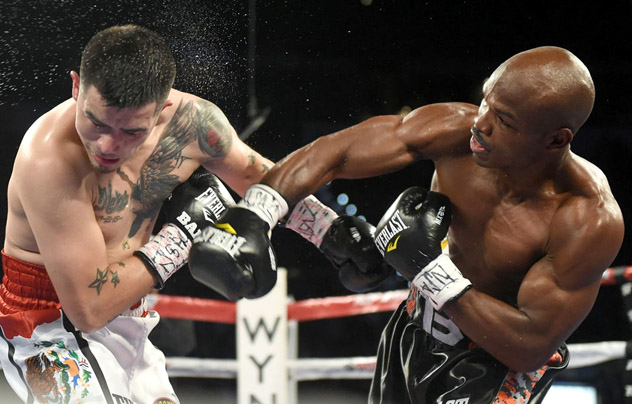 Nah. I’m not done yet, Brandon Rios has declared.

Rios has been in the gym, sparred six rounds just yesterday, his manager Cameron Dunkin told me, and wants to give this Sweet Science thing one more proper go.

“He told me he lost 53 pounds to make weight” for his last fight, a disappointing stoppage loss to WBO welterweight titlist Tim Bradley on Nov. 7, Dunkin said.

After 35 pounds, he was “the walking dead” and so he had no zip on fight night. In the ring, he announced he was hanging up the gloves.

Dunkin said he thinks the kid has more fight left in him and will do a fight in three, maybe four months.

“I know Brandon; that wasn’t him,” said Dunkin.

“I know Michael Woods; that was him,” said RingTV editor Doug Fischer, referring to the pants-less guy running around the office wearing a rainbow afro wig and a t-shirt featuring an iron-on of MySpace’s Tom Anderson.