Crolla: Quicker, stronger and better ahead of Perez rematch 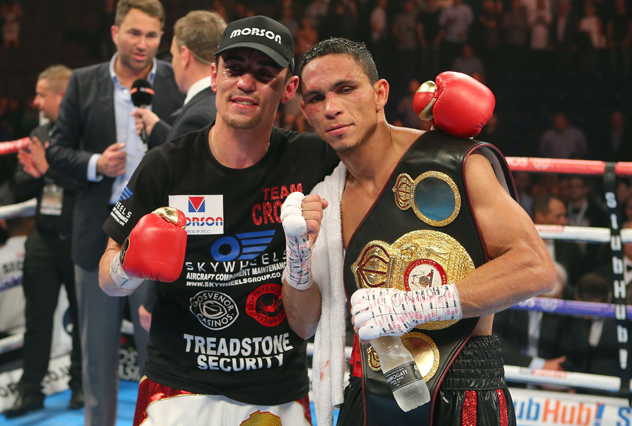 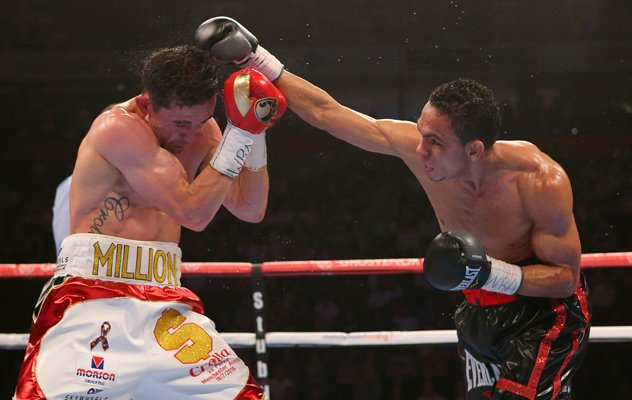 The moment British lightweight Anthony Crolla has been waiting almost a year for has arrived. Ahead of Saturday’s rematch against WBA titleholder Darleys Perez, he is being asked questions about boxing and not the aftermath of his heroic efforts to foil a burglary at a neighbor’s home, which led to him being assaulted by a concrete slab.

In the lead-up to his July bout with Perez, the line of media questioning became tedious and Crolla used his mounting frustration as fuel during camp. He trained like a man possessed and, according to most ringsiders, this one included, the WBA 135-pound title should have changed hands until a majority draw broke the Englishman’s heart.

“I was absolutely gutted,” said Crolla, who is rated No. 10 by THE RING at 135 pounds. “I was so close to achieving the dream I’ve had since I was a boy and then had it was snatched away from me. I thought, like everyone else, that I’d done enough but that’s boxing and there’s no point dwelling on it.

“I was made up when (promoter) Eddie (Hearn) got me the rematch in Manchester and that’s what I’m focusing on now. I thought there was a chance that all the controversy would get me another shot but you never know in boxing because politics can get in the way. I’m so grateful to the WBA for granting me a return fight and I’ll make the most of it.”

Four months ago, Crolla (29-4-3, 11 knockouts) was a big underdog to relieve Perez of his title and British insiders feared the worst. The Colombian counterpuncher had more experience at the top level and seemed unfazed by the prospect of venturing to the UK for a title defense. He was in for a surprise, as his opponent had studied him diligently and knew precisely what to expect.

“In terms of positives, Perez is a good power-puncher; he’s nice and sharp on the counter and gets good leverage on his shots,” Crolla said.

“I don’t want to give too much away but he does like to fight at his own pace and it’s important to take him out of his comfort zone. Last time Perez wanted to get off more than he did but he was either falling short or hitting arms and gloves.”

The 29-year-old Crolla is a former British lightweight champion who has engaged in a number of excellent domestic scraps but his draw with Perez (32-1-1, 20 KOs) was unarguably a career-best performance. In the critical world of boxing, however, a positive becomes a negative very quickly and many experts have suggested that the visitor will do all the improving in fight two.

“I’ve heard that loads of times,” said Crolla dismissively. “The bottom line is that Anthony Crolla will be a better fighter also. I was coming off severe injuries (sustained in the assault) last time and my sparring partners are telling me that I’m a much better fighter now. I’m quicker, boxing better and I’m lifting more when it comes to strength work. I’m also posting faster times on the track and I feel like a better athlete.

“The other thing is, I hurt Darleys Perez in the second round and I out boxed him for long spells, so that shows that I can win this fight in a number of ways. I have a lot of respect for him and I don’t expect the same fighter I faced in July but everyone should be expecting better from me this time around.”

Crolla is trained by acclaimed coach Joe Gallagher, who is coming toward the end of his most successful year in the sport: Liam Smith picked up the vacant WBO junior middleweight title at the expense of American John Thompson, Callum Smith annihilated local rival Rocky Fielding and WBA junior featherweight titleholder Scott Quigg looked sensational in dispatching Kiko Martinez in two rounds.

Junior lightweight Stephen Smith is also close to securing a world title bout against IBF titleholder Jose Pedraza but Crolla’s second chance at a career-defining victory is the immediate priority for the Gallagher camp.

“The gym is absolutely buzzing and I’ve been in the corner with Joe for all of those fights, which makes me even hungrier,” said the Manchester fighter. “Seeing Callum put on a career-best performance (against Rocky Fielding) and Liam win a world title inspires me to do the same and there’s a real team spirit between us.

“Everything I’ve been through will have been worth it if I can win this fight. To finish up with a WBA world title would be the happy ending that my family, my team and the fans are hoping for.”

The crowd at the Manchester Arena will be at fever pitch from beginning to end on Saturday and Crolla is determined to send them home happy.

“I’ve thought this fight through 100 times and I see a few different endings,” revealed the challenger. “Whether I outbox Darleys Perez or whether I stand there and exchange with him, I believe that I’ll come out victorious on November 21.”