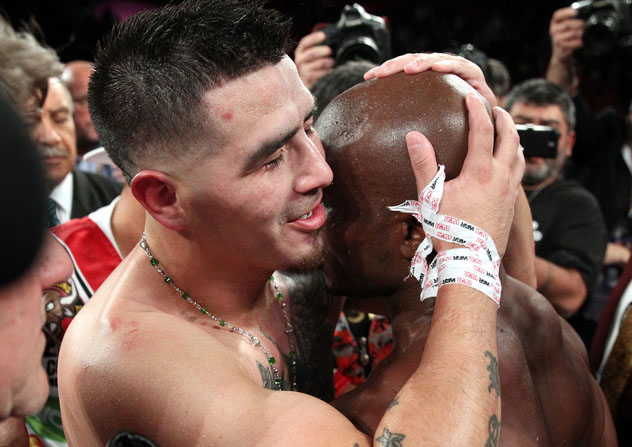 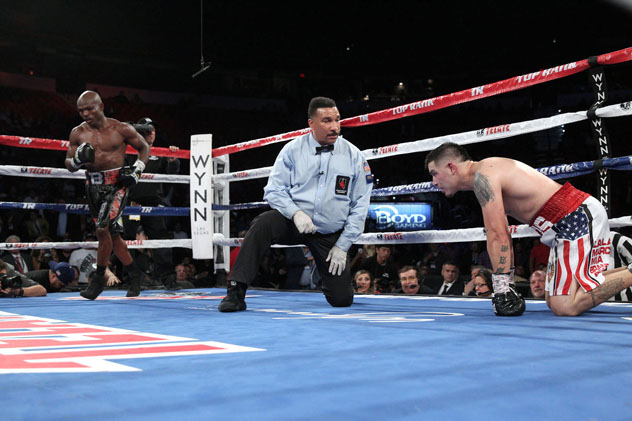 Fighters are known to be pretty emotional and make rash decisions after losing a big fight. And the way that Brandon Rios was dominated by Tim Bradley en route to being stopped for the first time in his 11-year career, you would expect a man who often wears his emotions on his sleeve to be a little irrational.

Shortly after losing to Bradley, Rios immediately stated that this would be the end of his career. At 29, one may say that it’s too soon. But Rios has been in a plethora of wars and made a lot of money along the way. When he entered the media room wearing his Kansas City Royals hat and a pair of shades to hide the emotion in his eyes, Rios remained adamant that this would be it.

If everything holds true, Rios will finish his career with a 33-3-1 record (24 knockouts), memorable wars with Mike Alvarado and sensational knockouts against Urbano Antillon, John Murray and others. The fighter affectionately known as “Bam Bam” has rarely been in a boring fight but he simply looked flat on Saturday night as Bradley boxed circles around him.

“My body wasn’t doing what I wanted to do. I tried to pull the trigger and I couldn’t let it go,” Rios said. Never one to make excuses, he simply gave credit where credit was due. “He caught me with the perfect shot to the body. It is what it is.”

Rios isn’t sure whether or not he’ll even stay close to the sport in fear that he’ll get the itch to fight again. He plans on spending time with his family. He’s brutally honest, even with himself.

“I’m not going to fool myself and make myself look like a jackass and get beat up. I can live life now,” he said. And in the end, he’s done a lot more than most ever anticipated.

“I made it further than anybody thought I would. I proved everyone wrong.”