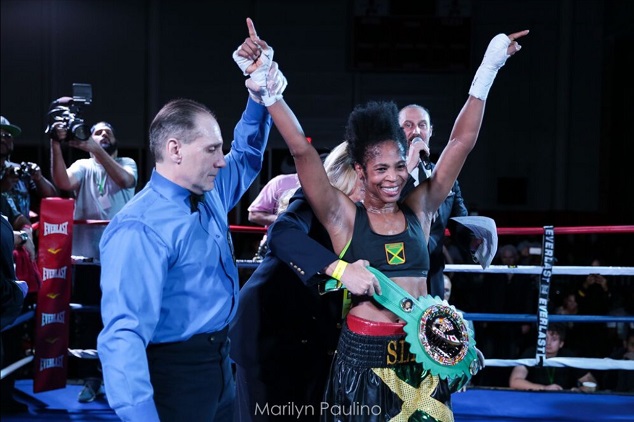 It was Jamaica versus Ireland in Brooklyn’s Aviator Sports Complex as fans were split between the two female fighters who headlined promoter Dmitriy Salita’s latest installment of his popular ‘Brooklyn Brawl’ series.

The Jamaican Ashley (23-10-1, 4 knockouts) dominated McMahon (7-1, 3 KOs) en route to a 10-round, unanimous decision victory. The official scores were 100-89 and 98-91 twice. Ashley scored the bout’s lone knockdown in the eighth round with a straight left hand that sent McMahon falling into the ropes. Ashley followed that up with a dominant ninth round and almost scored a second knockdown when the southpaw Ashley set up another left hand with three sharp jabs. McMahon, fighting in her first bout outside of Ireland, managed to hang on and survive the round.

With the crowd chanting, “Ole, Ole, Ole!” Ashley put the finishing touches on her record-breaking win by dancing through the final round until she cornered and outslugged McMahon until the final bell. 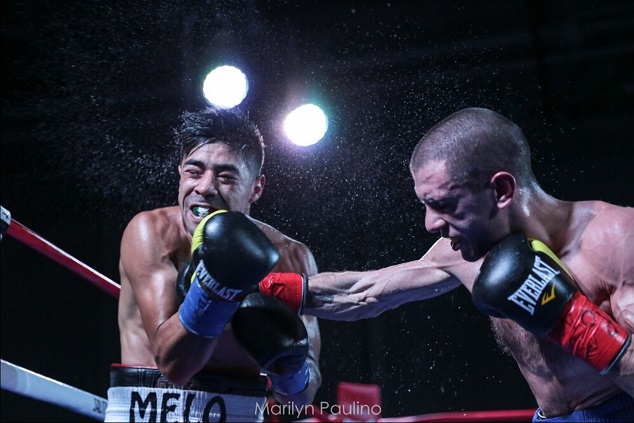 Making his United States debut, Russian bantamweight prospect Nikolay Potapov (14-0, 6 KOs) shut out the game Pedro Melo (13-11-2, 6 KOs) by winning every round on the each of the judges’ scorecards following 10 rounds.

Potapov displayed the sound mechanics which have boxing experts in Russia gushing about his potential. Potapov found a home for his stiff jab all night and kept Melo off balance and unable to land anything meaningful of his own. It seemed as if Potapov was getting stronger as the bout went on, nearly stopping Melo in the sixth and seventh rounds when a frustrated Melo lowered his hands and became defenseless.

Potapov landed a big body shot toward the end of the ninth round and busted up Melo’s nose in the 10th. Potapov let one last lightning-quick combination rip across Melo’s face as the bout came to an end.

“It’s not easy coming to a new country to fight,” says Potapov’s US promoter Salita. “I think he did an excellent job against a tough opponent. Nikolay took his time and he is as good as advertised.”

Junior middleweight knockout artist Bakhtiyar Eubov (9-0, 9 KOs) from Kazakhstan defeated Antonio Fernandez (6-23-2, 1 KO) by first round TKO. Eubov hit Fernandez with a hard body shot, which appeared to land on the belt line. Fernandez went down, complaining of a low blow, and had no interest whatsoever to continue the bout. The official time of the stoppage was 1:27.

Puerto Rican cruiserweight Emilio Salas (4-1, 2 KOs) defeated Eric George (4-11) by fourth round TKO. The official time of the stoppage was 1:16.

In the opening bout of the evening, Giorgi Gelashvili improved to 3-0, 2 KOs with a dominating performance to defeat Rashad Bogar (4-6-1, 2 KOs). The official scores were 40-36, unanimously.