Liam Smith: ‘Shane Mosley is in no position to throw down demands’ 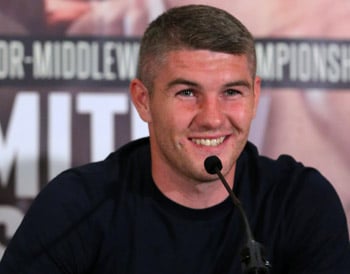 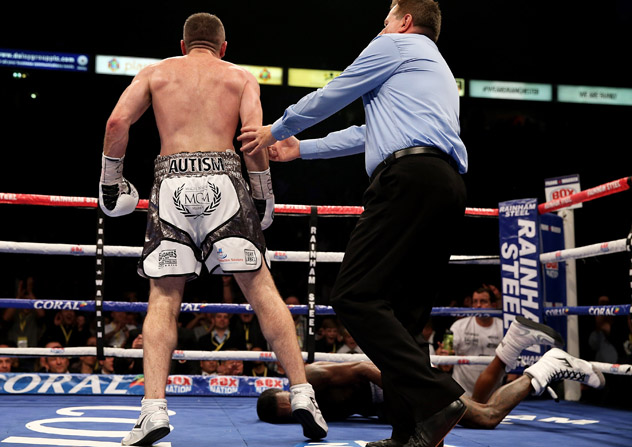 Earlier this month, Liam Smith scored a shuddering seventh-round knockout of American John Thompson to claim the vacant WBO junior middleweight title and no sooner was the belt around his waist than he was being challenged by boxing legend “Sugar” Shane Mosley.

Smith, rated No. 9 by THE RING at 154 pounds, and the former three-weight world titleholder engaged in a brief war of words on a social networking site, but now their verbal spat is close to being settled with fists on Dec. 19 in Manchester, England.

The one sticking point appears to be Mosley’s reluctance to agree to terms for an immediate rematch, should he prevail.

“I don’t really care about a rematch clause because I’m 100 percent confident that I’ll beat Shane Mosley,” said the 27-year-old Smith when interviewed by RingTV.com. “It’s just that from a business perspective, my team want to protect my interests in case there’s a clash of heads or something of that nature.

“We have the right to request a rematch clause because this would be a voluntary defense and Mosley is in no position to throw down demands.”

A 44-year-old veteran of 22 world title bouts, Mosley is determined to continue his career apace and it’s the American’s plans for 2016 that could scupper his U.K. debut.

Smith said, “Supposedly, Mosley has already signed to fight Ruslan Provodnikov at 147 pounds at the beginning of next year. The last I heard is we’re still in talks with him but I’ll be fighting in December whether it’s against Shane Mosley or someone else.”