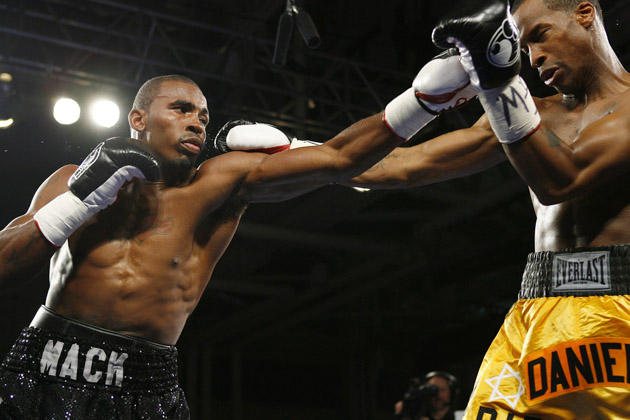 Boxing has a reputation as “the theater of the unexpected” within the sports world and has been tagged as “the red light district of sports.”
That moniker, somewhat antiquated, now that one can find a bevy of illicit goodies and arrangements in the blink of a covetous eye and a couple keyboard taps, comes to mind when pondering the curious case of Yusaf Mack.

The 35-year-old ex-professional pugilist, who turned pro in 2000, and sports a 31-8-2 mark, is not enjoying a splash of notoriety today. Mack is on the front cover of the Philly Daily News. 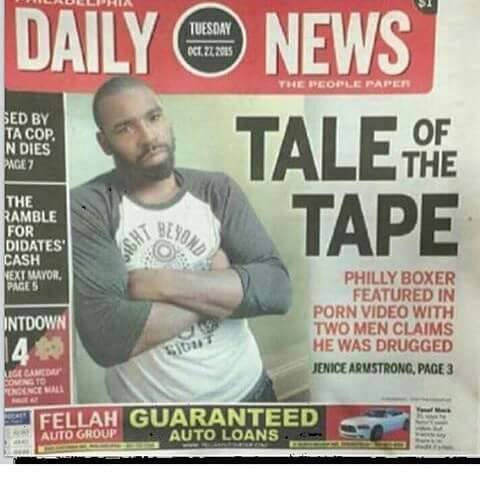 The Philly resident goes on to protest his heterosexuality, labels himself a “whoremonger,” presumably not in a pejorative way. He says that the filming was done in New York, while he was drugged. Someone gave him a pill, he claimed, and he followed that with a drink of vodka. “After that, his mind is blank,” the story reads.

Noted, and furrowed brow and stern gaze sidelined, in an attempt to remain not overly skeptical. But…one thing…if his brain was rendered so fuzzy from the supposed pill-and-booze Mickey Finn, how was his body to cooperate in the video? There is no dysfunction in his performance as he cavorts with he, listed as “Philly” and two other men in the video, which is sold on a tape labeled “Holiday Hump’n” by a company called DawgPound USA.

The story cites an “expert” who states it would be possible to perform sexually and “yet not recall” the process. It seems hard to believe but who can say but Mack?

In the story, Mack says “someone” asked him to shoot “adult” material and because he was short on cash, he said yes. He went to the Bronx and thought he would be performing with women, he said to the paper. Next thing he remembers, he’s on a train back to Philly.

The reaction from boxing fans on social media ranges, from a “Live and let live” stance to derisiveness, with some calling him a liar, who should just fess up.

I attempted to contact Mack, to see if he had anything to add, to clarify or give context to the story. I hadn’t heard back at filing time.

I both emailed and called DawgPoundUSA, to see if they could offer any insights into the matter. One assumes they’d like to defend their practices if indeed Mack was fooled into taking part.

My take: This is overall a forgiving nation. If Mack simply said he was broke and needed money for the rent, in this day and age, I think many folks could move on. This “drugged” tale isn’t meeting the sniff test for many…
Ah, boxing; theater of the unexpected.
If tweets paid the rent, in this day and age, Michael Woods would be a freaking millionaire.